Will These Be The Next States To Legalize Marijuana in 2018?

Will These Be The Next States To Legalize Marijuana in 2018? 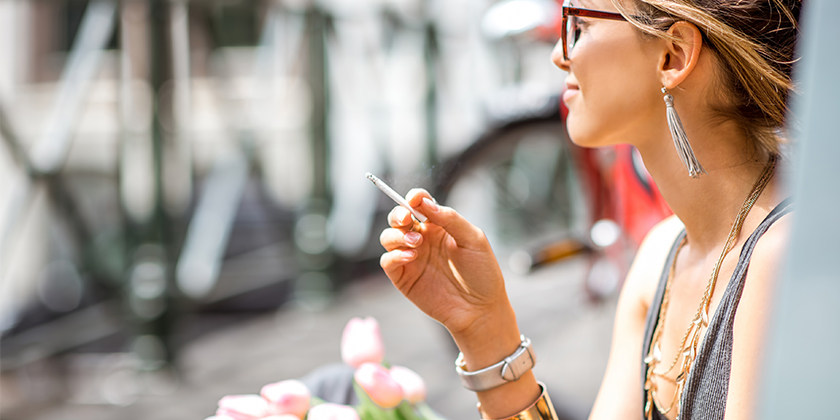 Woman sitting down smoking a marijuana joint out in the open where it is legal.

For those that currently live in states where medical and/or recreational marijuana is already legal, you might sometimes forget that there are others around the country fighting for the same rights. With the current midterm elections getting underway, we’re taking a look at some of the top states looking to help make marijuana prohibition a thing of the past.

Michigan may be known to crack down when it comes to medical marijuana regulations, but it doesn’t mean they aren’t on board with legalization. The Coalition to Regulate Marijuana Like Alcohol recently turned in over 360,000 signatures to get the Michigan Marijuana Legalization Initiative on the ballot for November 6th. Not only did the measure receive over 108,000 MORE than the required signatures, a recent poll showed that 61% of Michigan residents were in favor of legalization. So, what is the last step to getting the measure on the ballot? Confirming the signatures and a thumbs up from Secretary of State, Ruth Johnson.

In 2017, two of the most ambitious ballot measures with regards to the legalization movement were both approved to collect signatures. Petition 179 and Petition 223 propose to not only legalize recreational and medical marijuana, but will also expunge the criminal records and allow for the release of those incarcerated for marijuana-related offences. It will also prevent the state legislature from appropriating funds to enforce the federal marijuana ban. The measures have received over 250,000 votes and will be submitted to the Secretary of State. Organizations such as A New Approach are still canvassing and fundraising for the up-and-coming election season.

There are over 20 states that have legalized medical marijuana, and there are many working to make Oklahoma the 21st. Ballot measure State Question 788, proposed by Oklahomans For Health, proposes to legalize the production and sale of medical cannabis for those with qualifying conditions. Patients 18 and older will be able to possess three ounces and house up to twelve plants for personal use, with no more than six mature plants at a time. Voters will get a chance to change the lives of Oklahoma’s marijuana community during the state’s primary election on June 26.

The new Governor of the State of New Jersey, Phil Murphy (D), promised during his campaign to sign off on a marijuana legalization bill if it were to make it to the state legislature. Well, it looks like he’s getting his chance to make good on his promise. Assembly Member Reed Gusciora recently introduced a bill that would allow New Jerseyans to possess up to an ounce of weed and up to three mature marijuana plants. Six plants would be allowed in total per person, or twelve per household. The compromise? The bill will also cap the number of approved dispensaries to 80 with only 15 growers allowed in the legislation’s first year.

You may remember that Vermont became the first state in the nation to pass recreational marijuana at the legislative level, choosing not to wait for a ballot proposal from its citizens. The bill would legalize up to one ounce of marijuana and allow for the possession of up to six plants. Republican Governor Phil Scott has already stated his willingness to give the bill the green light if it can get all the way to his desk. Vermont’s legislature passed the bill only hours after Attorney General Jeff Sessions announced his plans to rollback rulings protecting the sale and purchase of marijuana within the bounds of state laws, without the risk of federal prosecution.

Are you a resident of any of these five forward(er)-thinking states? Let us know what the journey has been for you to get your legalization bills to the ballot? @MMDOTCOM would love to know!