Why You Need to Know Your State’s Marijuana Laws

Why You Need to Know Your State’s Marijuana Laws 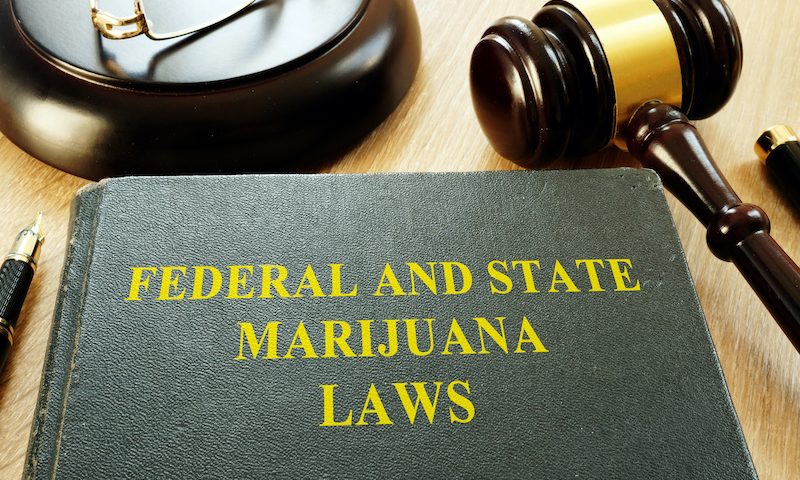 Federal and State Marijuana Laws and gavel in a court.

Slowly but steadily, marijuana is becoming legal recreationally around the country — but federally, cannabis remains a Schedule I drug. Not only does that mean that you can’t take your weed across state lines without risking a felony; it also means that marijuana laws can vary significantly from state to state, and users shouldn’t expect to be able to buy and enjoy marijuana the same way wherever they go.

Regardless of how long your state has enjoyed legal recreational weed, you might do well to brush up on the current weed regulations in your state. Here’s why.

Often, when states first dip their toes into legalizing recreational weed, they are extremely conservative in their legislation in an attempt to make the new laws appealing to moderate voters and to eliminate any fears that the legal drug will have a serious impact on residents’ safe, comfortable lifestyles. Typically, the most stringent rules are where dispensaries can be located and who will be licensed to own and operate them. Unfortunately, this often means that the first dispensaries in a state are in inconvenient areas, far from more popular shopping districts — and worse, it has largely resulted in the legal marijuana industry being dominated by wealthy white business owners.

A few states have worked hard to change this. For example, in Illinois, marijuana dispensary licenses were prioritized in communities historically plagued by anti-drug legislation, so black and brown entrepreneurs have a greater opportunity to recover from past wrongs and thrive. Other municipalities have loosened their zoning laws, so dispensaries can open in higher-traffic areas of town. If you have been visiting the same, inconvenient dispensary for years, you might look into where dispensaries are opening closer to home.

Additionally, you might investigate laws relating to where it is legal to partake in your marijuana goodies. Largely, states want you to use weed at home, far from the public eye; smoking in hotels, restaurants and even dispensaries is against the law. However, some states are rethinking this regulation. By permitting marijuana use in specific locations, like dispensaries or weed-themed hospitality businesses, states can bolster their cannabis industry, which benefits marijuana users and state legislators, alike.

Thanks largely to the COVID-19 crisis, many states have deemed marijuana to be an essential product and protected its access to users in states where medical and recreational dispensaries operate. Even better, to keep those at-risk safe from infection, governments have loosened rules regarding how users can acquire the cannabis products they need. For instance, in Florida, medical marijuana patients can now make orders for marijuana products online and pick up their purchases at the dispensary curb, which was previously not permitted. Additionally, in Washington State, dispensaries are now allowed to make home deliveries, which is something patients and recreational users have been seeking for years.

While these regulations are new to some states, they have long been standard in others. By understanding how your state regulates marijuana accessibility — where you can buy weed products, how you can buy them, where you can see them, how you can come to possess them, etc. — you might be able to make your marijuana experience safer and more convenient, both now in the midst of the pandemic and into the future if these loose regulations remain in place.

Another marijuana issue affected by the new coronavirus is possession limits. To help states differentiate between legal use and illegal sale — and to reduce the likelihood of substance abuse — all states have imposed limits on how much cannabis products a user can buy at once time and how much they are permitted to have on their person. This extends to the number of cannabis plants that people are allowed to grow and harvest at home.

Yet, because many people cannot and should not leave their homes as COVID-19 rages on, states are rethinking how much product individuals should be allowed to possess. Typically, possession limits are relatively meager, but these days, some states are considering increasing limits to help users build a 90-day stockpile, which reduces their need to venture into public. Regulation regarding personal plant cultivation, as well, could shift as a result of this crisis.

It is never a bad idea to know the law, and with something as controversial as cannabis, knowing the law could keep you safe and out of trouble. Especially as marijuana regulations continue to flex and change, you should stay abreast of weed laws in your state — and in any states you visit.