New Direction for medical marijuana in state of Alabama

New Direction for medical marijuana in state of Alabama 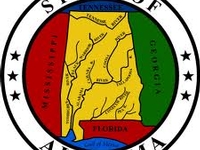 Alabama Medical Marijuana Coalition is an organization dedicated to the rights of patients. Its primary focus is organizing individuals and groups in the common goal of changing the laws concerning medical marijuana for patients in Alabama. It is the position of the AMMJC that excessive government regulations infringe on the physician’s ability and the patient’s right to properly treat their ailment. It is our goal, through aggressive legislation, community involvement and education to end these infringements and protect the rights and liberties of all Alabama patients.

Alabama Medical Marijuana Coalition is not just a medical marijuana organization; we are a patient’s rights organization. It is our goal to work with other groups in our communities. We have supporters who suffer from cancer, Multiple Sclerosis, Crohn’s disease and a host of other illnesses and ailments. We will actively seek out these groups on both the state and local level and help them with their efforts in the community. Helping these groups reach their goals will benefit the people in our organization.

We are proud to announce that we will be presenting “The Alabama Medical Marijuana Patients Rights Act” to the Alabama Legislature in the next session, and we believe that it stands a good chance of becoming law in this state.

The problem with our cause is that people tend to think that this is a path to general legalization. That is not the case.

If you have seen a cancer patient suffering from complete loss of appetite eat, or you have seen a Multiple Sclerosis patient with uncontrollable tremors who then has those tremors practically vanish, then you understand why this medication is so important. Patients who suffer from chronic pain, post-traumatic stress disorder or any of the numerous other ailments and illnesses can be treated with this safe and effective medication.

When the government stands between a doctor and a patient, it limits the ability to treat their illness and is a violation of the fundamental rights that this country was built upon. If you have any doubt of this, you can listen to Thomas Jefferson, the founding father who said, “If people let government decide what foods they eat and what medicines they take, their bodies will soon be in as sorry a state as are the souls of those who live under tyranny.”

It is time for us to stand up and save patients from that tyranny. Join us today.

Ron Crumpton is a student at the University of Alabama at Birmingham. He is the executive director of the Alabama Medical Marijuana Coalition.

Disclaimer: The Crimson White reserves the right to delete any comments deemed spam, obscene or unnecessarily inflammatory. Users are encouraged to be respectful of the opinions of others and to flag inappropriate comments for moderation.