An inflammatory disorder that affects the junction where the ribs attach to the sternum (breastbone).  The costo-cartillage in the chest becomes painful.  Movement of the rib cage will cause intense pain.  Some people think they are having a heart attack.

Tietze’s Syndrome was named after a German surgeon called Alexander Tietze (1864-1927), who discovered the disease in 1921.

It started when I was taken to the ER in 1992 with symptoms of a heart attack at age 26—a crushing feeling on my chest like an elephant was sitting on top of me, intense pain like nothing I had ever experienced, and the panic that was accompanying the >pain in my ribs.

“There’s nothing wrong with you,” an impatient chest specialist told me after two months of trying to diagnose the excruciating pain in my chest.  I had had tests for heart problems, blood disorders, stomach disorders…all to no avail.  “You should consider seeing a psychiatrist,” he told me.  I took him up on it, but a year later, I still had the pain (and a prescription for Valium).

The large amounts of ibuprofen I was consuming were doing a number on my stomach, and no over-the-counter medicine could stop the acid reflux that had become part of my daily life.  I went to a new doctor to ask him for prescription strength Zantac.  Being a new patient, he performed a thorough exam, listening to me as I asked him not to tap my chest.  He did, anyway.  “You’ve got Tietze’s Syndrome,” he said.

Is the pain worse when breathing?  Sometimes even a little movement of the rib cage will cause intense pain. 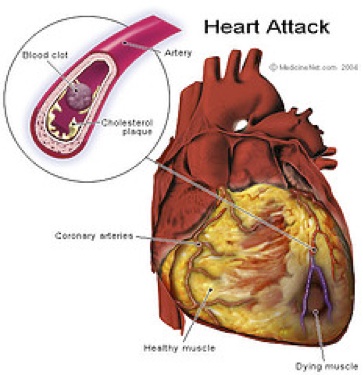 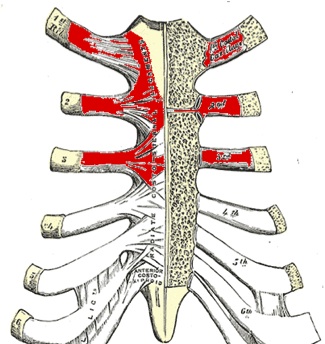 (Sometimes known as a CT or CAT scans) is one of the most exact ways to diagnose Tietze’s syndrome.

(Magnetic resonance imaging) can also be used to diagnose Tietze’s syndrome, according to research,  which studied the disorder in 12 patients.  It is an excellent way to diagnose both bone and cartilage disorders.

It is clear from the research that there is not just one way to diagnose Tietze’s syndrome, but what is clear is that you should have at least one diagnostic imaging technique done to rule out other causes of your bone pain and swelling.  The odds of your Tietze’s syndrome being a tumor or skeletal tuberculosis might be small, but no one should suffer the anguish of not knowing exactly what is causing the pain.  Insist that your doctor order one of the tests (an ultrasound can often be done in-office!), and get the peace of mind that you deserve!

A sedimentation rate or C-reactive protein test can detect inflammation in Tietze’s which would be absent with costochondritis.
Cortisone shots into the cartilage can temporarily relive pain.  These shots do have some side effects (such as temporary pain at the injection site).

These patients typically have pain that can last from weeks to years and it is chronic in nature.  A similar syndrome called costochondritis is an acute inflammation of the costocartilage but can be differentiated from Tietze’s syndrome by a lack of swelling, an acute onset and course and it typically affects multiple ribs.

Medical treatment for Teitze’s syndrome is standard.  Patients are prescribed NSAID’s like motrin or naprosyn.  Doctors can also give corticosteroid injections at the site.  Other patients are sent for physical therapy since pain can be worsened by motion.  Unfortunately, none of these treatments is curative initially.

The answer might surprise you;  although researchers have yet to figure out exactly what causes Tietze’s Syndrome,  they have some pretty good ideas,  from as benign as coughing to as frightening as cancer.  More than one of the following conditions in combination may cause Tietze ’s syndrome and it is often hard or even impossible to pinpoint an exact cause.

A fast, unexpected movement could cause a pool of blood—a bruise—to form in the costal cartilage.  Bruises (hematomas) in the cartilage joining the ribs to the breastbone (the intercostal area) have been seen in baseball players, but it could be cause by something as simple as shaking a rug.  Recurrent episodes of micro trauma to the chest wall:  boxing, karate and other martial arts, severe vomiting and/or coughing, are examples of where the chest could experience continuous trauma, but it could be as simple as lifting heavy objects in an awkward fashion over time.