Osgood-Schlatter syndrome is a disorder of the lower front of the knee where the large tendon under the kneecap (patellar tendon) attaches to the bone of the leg below.  The condition is characterized by localized pain and tenderness in this area.  Osgood-Schlatter disease is predominantly seen in young adolescent boys.  It is felt that stress on the bone from the tendon tugging it during activities leads to Osgood-Schlatter disease.

Osgood-Schlatter disease is felt to be due in part to recurrent pulling tension on the kneecap tendon by the bulky muscles of the front of the thigh.  The irritation of this pulling can cause local pain, inflammation, swelling, and calcification of the tendon that is visible with an x-ray test.

The disorder is typified by a painful swelling just below the knee on the front (anterior) surface of the lower leg bone.  The area is tender to pressure, and swelling ranges from minimal to very severe.  Running, jumping, and climbing stairs cause discomfort.  Symptoms occur on one or both legs.  The disorder is seen most often in active, athletic adolescents, with boys more frequently affected than girls are.

This disease was named after the two physicians who defined it in 1903, Dr. Robert Osgood and Dr. Carl Schlatter

Bones generally grow from the ends, versus in the middle.  New bone forms from a cartilage growth plate (epiphysis), located at either end of the bone.  Cartilage is not as strong as bone, and stress on the growth plate can cause it to become swollen and painful.  This may be especially so if your child is very active during his or her growth spurt.

The cause of Osgood-Schlatter syndrome are activities that place repeated stress on the top of the tibia, the big bone in the lower leg, where the tendon of the kneecap inserts into the tibial tubercle. When the quadriceps contract, the patellar tendons can start to pull away from the shinbone.  A tiny piece of bone can be pulled away causing severe pain. Jumping and pivoting sports are the worst repetitive trauma the most likely source.

In Osgood-Schlatter syndrome, a small growth center on one of the leg bones (the tibia) degenerates, causing pain.  The pain is on the front of the leg, just below the kneecap, where a small bony bump is located on the tibia.  This bump is there because it is a point of attachment for a muscle and is called the tibial tuberosity.  Everyone has this bump, but it is not painful normally.  The patellar tendon may begin to pull away from the raised area on the tibia where it attaches, resulting in pain and swelling.  In severe cases, the tendon stretches to the point where it comes away from the tibia, and may take a bone fragment with it.

Rarely, the pain persists after the growth of the bones has stopped.  Surgery is indicated only if there are bone fragments that did not heal. Surgery is never done on a growing athlete since the growth plate can be damaged.  If surgery on an adult is needed, it is usually successful at relieving pain.


“I always suffered with the knee pain; even after becoming an adult and being told many times by many doctors that there is no way that my knee could hurt, because OS was a childhood problem.”

What is the usual treatment as an adult?

Medical marijuana has been proven to be an effective anti-inflammatory, analgesic, and surely helps a patient fall asleep.  Used as a topical, it goes right through the skin and into the system to ease the pain and inflammation. 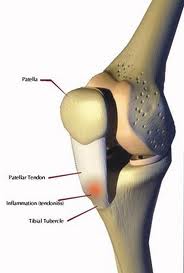 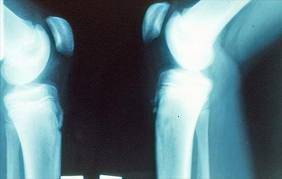 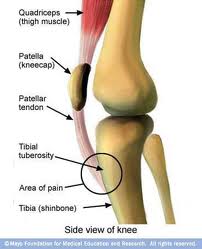 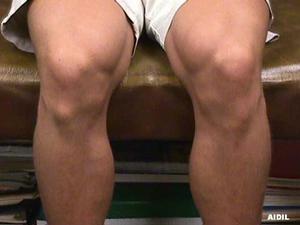