MRSA is by definition, any strain of Staphylococcus aureus that has developed resistance to beta-lactam antibiotics which include the penicillins (methicillin, dicloxacillin, nafcillin, oxacillin, etc.) and the cephalosporins.

MRSA is especially troublesome in hospitals and nursing homes where patients with open wounds, invasive devices and weakened immune systems are at greater risk of infection than the general public

S. aureus most commonly colonizes the nostrils,  although the rest of the respiratory tract, open wounds, intravenous catheters, and urinary tract are also potential sites for infection.  Healthy individuals may carry MRSA asymptomatically for periods  ranging from a few weeks to many years.  Patients with compromised immune systems are at a significantly greater  risk of symptomatic secondary infection.

In most patients, MRSA can be detected by swabbing the nostrils and isolating the bacteria found inside. Combined with extra sanitary measures for those in contact with infected patients, screening patients admitted to hospitals has been found to be effective in minimizing the spread of MRSA in hospitals in the United States, Denmark,  Finland, and the Netherlands.

MRSA may progress substantially within 24–48 hours of initial topical symptoms.  After 72 hours MRSA can take hold in human tissues and eventually become resistant to treatment.  The initial presentation of MRSA is small red bumps that resemble pimples, spider bites, or boils that may be accompanied by fever and occasionally rashes.  Within a few days the bumps become larger, more painful, and eventually open into deep, pus-filled boils.  About 75 percent of community-associated (CA-) MRSA infections are localized to skin and soft tissue and usually can be treated effectively.  However, some CA-MRSA strains display enhanced virulence, spreading more rapidly and causing illness much more severe than traditional healthcare-associated (HA-) MRSA infections, and they can affect vital organs and lead to widespread infection (sepsis), toxic shock syndrome and necrotizing ("flesh-eating") pneumonia.  This is thought to be due to toxins carried by CA-MRSA strains, such as PVL and PSM, though PVL was recently found to not be a factor in a study by the National Institute of Allergy and Infectious Diseases (NIAID) at the NIH.  It is not known why some healthy people develop CA-MRSA skin infections that are treatable whereas others infected with the same strain develop severe infections or die.  The bacteria attack parts of the immune system, and even engulf white blood cells

The most common manifestations of CA-MRSA are skin infections , dead tissue, or pus filled boils  (most commonly found in the tropics), necrotizing pneumonia, infective endocarditis (which affects the valves of the heart), or bone or joint infections.  CA-MRSA often results in abscess formations  that requires incision and drainage.  Before the spread of MRSA into the community, abscesses were not considered contagious because it was assumed that infection required violation of skin integrity and the introduction of staphylococci from normal skin colonization.  However, newly emerging CA-MRSA is transmissible (similar, but with very important differences) from Hospital-Associated MRSA.  CA-MRSA is less likely than other forms of MRSA to cause cellulitis.

At Risk Populations Include:

People with weak immune systems (people living with HIV/AIDS, cancer patients, transplant recipients, severe asthmatics, etc.)
Diabetics
Intravenous drug users
Use of quinolone antibiotics[6]
Young children
The elderly
College students living in dormitories
People staying or working in a health care facility for an extended period of time
People who spend time in coastal waters where MRSA is present, such as some beaches in Florida and the west coast of the United States
People who spend time in confined spaces with other people, including prison inmates, military recruits in basic training,  and individuals who spend considerable time in change rooms or gyms.

In confined environments such as prisons, with continual admission of new members who may typically be in poor health and adopt poor hygiene practices, there have been a number of challenges reported first in the U.S. and then in Canada.

In the news media hundreds of reports of MRSA outbreaks in prisons appeared between 2000 and 2008.  In response to these and many other reports on MRSA infections among incarcerated and recently incarcerated persons, the Federal Bureau of Prisons has released guidelines for the management and control of the infections.

Cases of MRSA have increased in livestock animals.  CC398 is a new clone of MRSA that has emerged in animals and is found in intensively reared production animals (primarily pigs, but also cattle and poultry), where it can be transmitted to humans.   Although being dangerous to humans CC398 is often asymptomatic in food-producing animals.  A 2011 study reported 47 percent of the meat and poultry sold in surveyed U.S. grocery stores were contaminated with S. aureus and, of those, 52 percent of the total—were resistant to at least three classes of antibiotics.

In the United States, there have been increasing numbers of reports of outbreaks of MRSA- “flesh eating” colonization and infection through skin contact in locker rooms and gyms, even among healthy populations.  A study published in the New England Journal of Medicine   Linked MRSA to the abrasions caused by artificial turf.  Three studies by the Texas State Department of Health found that the infection rate among football players was 16 times the national average.  In October 2006, a high school football player was temporarily paralyzed from MRSA-infected turf burns.  His infection returned in January 2007 and required three surgeries to remove infected tissue, as well as three weeks of hospital stay.  MRSA was  found in the public school systems throughout the country.

MRSA is also becoming a problem in pediatric settings, including hospital nurseries.  A 2007 study found that 4.6percent of patients in U.S. health care facilities were infected or colonized with MRSA.

NAV-CO2 sanitizing in Pennsylvania hospital exam room
Alcohol has been proven to be an effective surface sanitizer against MRSA.  Quaternary ammonium can be used in conjunction with alcohol to extend the longevity of the sanitizing action.  The prevention of hospital infections involves routine and terminal cleaning.   Non-flammable Alcohol Vapor in Carbon poor hygiene habits remain the principal barrier to significant reductions in the spread of MRSA.  Carbon systems (NAV-CO2) do not corrode metals or plastics used in medical environments and do not contribute to antibacterial resistance.

In healthcare environments, MRSA can survive on surfaces and fabrics, including privacy curtains or garments worn by care providers.  Complete surface sanitation is necessary to eliminate MRSA in areas where patients are recovering from invasive procedures.  Testing patients for MRSA upon admission, isolating MRSA-positive patients, decolonization of MRSA-positive patients, and terminal cleaning of patients' rooms and all other clinical areas they occupy is the current best practice protocol for nosocomial MRSA.

Also tested, in 2006, was a new type of surface cleaner, incorporating accelerated hydrogen peroxide, which was pronounced "a potential candidate" for use against the targeted microorganisms.

After the drainage of boils or other treatment for MRSA, patients can shower at home using chlorhexidine (Hibiclens) or hexachlorophene (Phisohex) antiseptic soap from head to toe, and apply mupirocin (Bactroban) 2% ointment inside each nostril twice daily for 7 days, using a cotton-tipped swab.  Household members should  follow the same decolonization protocol.

Doctors may also prescribe antibiotics such as clindamycin, doxycycline or trimethoprim/sulfamethoxazole. However, there is very little evidence that using more antibiotics actually has the effect of preventing recurrent MRSA skin infections.

Workers with active infections should be excluded from activities where skin-to-skin contact is likely to occur until their infections are healed.  Health care workers should follow the Centers for Disease Control and Prevention's Guidelines for Infection Control in Health Care Personnel.

To prevent the spread of staph or MRSA in the workplace, employers should ensure the availability of adequate facilities and supplies that encourage workers to practice good hygiene;  that surface sanitizing in the workplace is followed;  and that contaminated equipment are sanitized with Environmental Protection Agency (EPA)-registered disinfectants.

All patients with MRSA were immediately isolated, and all staff were screened for MRSA and were prevented from working until they had completed a course of eradication therapy that was proven to work. Loss of control occurs because colonised patients are discharged back into the community and then readmitted;  when the number of colonised patients in the community reaches a certain threshold, the "search and destroy" strategy is overwhelmed.  One of the few countries that were not overwhelmed by MRSA is the Netherlands:  An important part of the success of the Dutch strategy may have been to attempt eradication of carriage upon discharge from hospital.

Worldwide, an estimated 2 billion people carry some form of S. aureus;  of these, up to 53 million are thought to carry MRSA.  In the United States, 95 million carry S. aureus in their noses;  of these, 2.5 million carry MRSA.   A population review conducted in three U.S. communities showed the annual incidence of CA-MRSA during 2001–2002 to be 18–25.7/100,000;  Most CA-MRSA isolates were associated with clinically relevant infections,  and 23 percent of patients required hospitalization.

One possible contribution to the increased spread of MRSA infections comes from the use of antibiotics in intensive pig farming.  A 2008 study in Canada found MRSA in 10percent of tested pork chops and ground pork;  A U.S. study in the same year found MRSA in the noses of 70 percent of the tested farm pigs and in 45 percent of the tested pig farm workers.  There have also been anecdotal reports of increased MRSA infection rates in rural communities with pig farms.

Newer drugs,  such as linezolid (belonging to the newer oxazolidinones class) and daptomycin, are effective against both CA-MRSA and HA-MRSA.

As of 2007, MRSA was responsible for more than eighteen thousand hospital related deaths each year and increased direct health care costs as much as $9.7 billion.  The answer seems pretty straight forward.
Cannabichromene, cannabigerol, and cannabidiol are three of the non-psychoactive cannabinoids.  It seems logical to start with these three compounds in our clinical trials (human).  No bacteria has developed a resistance to any of them yet.  It seems that CBD and CBG show the most promise in the development of :

Cannabis sativa is an antibiotic drug. Use whole plant extracts 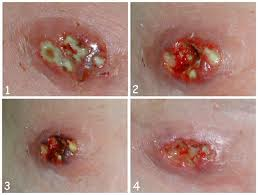 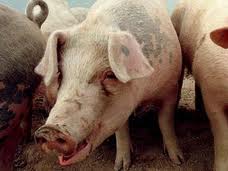