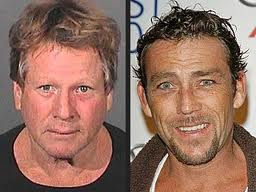 Rare disorder of unknown cause in which cortical bone overgrowth occurs along the main axis of a bone in such a way as to resemble candle drippings.  Pain is the major symptom, and stiffness and deformity may result.  Usually only one limb and the nearest hip or shoulder are affected.  The disease progresses in childhood but ceases with maturity;  adults have no symptoms beyond residual disability caused by crippling.  Surgery may result in some improvement of symptoms.

The shortened name for the disease may sound like "mellow," but it's anything but.  Melorheostosis, or melo, leads new bone to grow irregularly on top of old bone.  Sometimes there's no pain. Sometimes the pain is excruciating and can get worse over time.  The new growth on the outside, or cortical, part of the bone can be extremely hard, and surgery is not always an option.

Melorheostosis is a rare and progressive disease characterized by thickening (hyperostosis) of the outer layers of bone (cortical bone).  Melorheostosis affects both bone and soft tissue growth and development. While the disorder is benign, it often results in severe functional limitation;  extensive pain; malformed or immobilized muscles, tendons or ligaments;  and limb, hand or foot deformity.

Melorheostosis is known as a rare "Mesenchymal Dysplasia" which falls under the category of Sclerosing Bone disorders.  It is not inherited from family or parents.  Researchers have now discovered that a mutation of the LEMD3 gene is the cause.

Adults generally complain of pain, joint stiffness, and progressive deformity.  In children the condition affects mainly the bones of the extremities and pelvis, and may result in limb length inequality, deformity, or joint contractures.  People can sometimes be free of symptoms, but more often than not, as the disease progresses, there will be symptoms.

Bone pain- the pain can be mild to severe.

Muscle contractions-which are caused by the shortening of tendons and ligaments.

Large lumps- These are caused by the bones thickening.
Pain is the major symptom and stiffness and deformity may result.
Joint contractures may be accompanied by extraosseous bone formation.

Along with a detailed medical history, and physical examination, x-rays are a very good tool for diagnosis. The reason x-rays are so useful is because Melorheostosis has a unique unmistakable appearance on x-rays. The bones have an appearance of "dripping wax".

Physical therapy to regain range of motion. Hydrotherapy,  as exercise in water causes far less strain on painful joints. Pain management Medications to provide relief from pain for those who suffer severe pain. Surgery is sometimes used to shave down the offending bone if symptoms are severe. In melorheostosis the bone growths are so hard, they can even damage operating instruments.  Unfortunately, this isn't too  effective because the bone growths re-appear sometimes almost immediately.  So for a patient to undergo painful surgery for the growths to return almost immediately, there has to be a very good reason for doing so. Amputation- If the symptoms are too extreme, sometimes amputation may be necessary.  This is not the typical treatment, but sometimes unavoidable.

Unfortunately when a disease is very rare, it is hard to compile information on life expectancy and prognosis of the outcome of different treatments.  Melorheostosis Association Web site states, "Due to its rarity and the lack of effective treatment options, long-term prognosis cannot be accurately predicted.”

Medical Marijuana can relieve many symptoms of Melorheostosis:

Griffin O’Neal suffers from this disease.  He noticed a bony protrusion from his shin when he was about seven years of age.