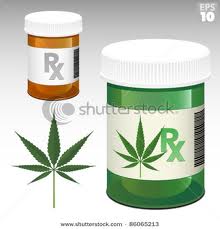 Addiction is defined as a physical and/or psychological dependence and unnatural tolerance to a habit-forming substance.  Overcoming any addiction is a challenge.  However, overcoming a meth addiction is quite possibly one of the greatest challenges one could face.  Because the challenge is so difficult, both mentally and physically, many people are constantly looking for ways to lessen the struggle. One controversial solution is to use medical marijuana to decrease the symptoms caused by withdrawal from methamphetamine.

Can Medical Marijuana Be Used to Cure Crystal Methamphetamine Addiction?

When a person is addicted to crystal meth, the first thing that a drug treatment program will do is help the individual detox.  The detoxing period requires an addict to refrain from using their drug of choice, as well as other harmful substances.  This will help the drug user become sober and rid his/her body of the toxins that have accumulated due to their drug use.

Unfortunately, detox is no walk in the park.  The addict will begin to go through withdrawal, which is something that most drug users fear.  The symptoms of meth withdrawal include: irritability, an increase in appetite, fatigue, difficulty sleeping, excessive sleeping, anxiety, depression, sweating, and elevated temperature and strong cravings for the drug.  The  severity of these symptoms depends on the individual and the severity of his/her level of substance abuse.

During withdrawal, many meth users feel no pleasure from normally favored activities. While the symptoms of meth withdrawal are not as physically sickening as those associated with heroin withdrawal, they are often very mentally and emotionally traumatizing.  To alleviate many of these symptoms, some medical professionals and drug treatment specialists believe that medical marijuana may be beneficial.

Medical marijuana also commonly improves a user's mood.  Marijuana can improve an addict's outlook on life and help him/her regain feelings of pleasure.  According to the DEA, marijuana is the most commonly used illegal substance in the United States by far and has been for years.  This is because, for most users, marijuana causes pleasurable feelings and a sense of well being.  This could make a huge difference in a meth addict's recovery, especially if he/she has fallen into a deep depression.
Medical marijuana could also improve irritability and reduce cravings for meth.  Because a user will not be suffering with the belief that no other activity could make him/her feel as good as methamphetamine did, withdrawal could potentially be much easier.  While this is not a magic cure, it could make withdrawal less of a challenge, which would hopefully help more addicts make a full recovery.

The problem the many people have with using medical marijuana to treat crystal meth addiction is that they fear it would allow addicts to trade one addiction for another.  While marijuana is not physically addicting, it can be psychologically habit forming.

Even if the addiction to marijuana is less physically damaging, drug dependence is still problematic.  To break free of addiction and truly make a change, many feel that meth users must learn to live life as a completely sober individual.  No one can argue that marijuana is a mind altering substance.  This leads many people to question whether an individual would be able to effectively go through treatment while in a different state of mind.  Treatment for substance abuse generally includes extensive counseling.  If an individual is high on marijuana, some doubt that the person will get the most from their treatment program.

Many experts also believe that marijuana use leads to increased interest in alternative substances. Studies have shown that people who have tried other illegal substances first used marijuana.  The idea that marijuana leads to other drug use is known as the "Gateway Theory.”   However this theory has been disproven over and over again.  Many people that are addicted to crystal methamphetamine are already experiencing significant paranoia.  The use of medical marijuana could potentially worsen an addict's paranoia or cause him/her to behave erratically. Methamphetamine alters the way one thinks and behaves.  These changes in thinking and behavior can take a long time to reverse.

Should Medical Marijuana Be Used to Treat Addiction to Methamphetamine?

There are many benefits to using medical marijuana in certain situations, which is evident in patients going through chemotherapy, suffering from chronic pain, and dealing with other debilitating medical conditions.  There is the possibility that marijuana could be very effective in treating the symptoms of meth withdrawal, if used under careful supervision. Recovering from a meth addiction is a delicate and challenging process.  Whether medical marijuana should be used to help meth users overcome their drug use depends on the treatment program, their will to succeed, and their personality.  If you or someone you love is thinking about seeking treatment for an addiction to methamphetamine, the use of medical marijuana should be carefully considered, before determining if this could be the key to their recovery.