More good news about cannabis.  People suffering from intense vertigo and nausea due to an inner ear problem a condition of unknown cause and limited susceptibility to conventional medical treatment called Ménière’s disease find significant improvement from cannabis, according to California doctors.

California doctors routinely approve the use of cannabis by Meniere’s patients who say that it helps ease their symptoms.  “Meniere’s causes dizziness.  Dizziness causes nausea, cannabis relieves nausea”,  Robert Sullivan, MD said,   “I’ve issued many recommendations for Meniere’s, as well as tinnitus (ringing in the ears)   “ It works well enough to make a significant improvement in patients’ lives.”   R. Stephen Ellis, MD, has given some thought to how cannabis might help in the treatment of Meniere’s:cannabis has anti-anxiety properties. 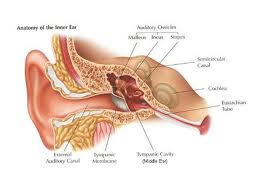 In 1861, the French physician Prosper Meniere described a condition, which now bears his name.  Meniere's disease is a disorder of the inner ear, which causes episodes of vertigo, ringing in the ears (tinnitus), a feeling of fullness or pressure in the ear, and fluctuating hearing loss.   The area of the ear affected is the entire labyrinth, which includes both the semicircular canals and the cochlea.

A typical attack of Meniere's disease is preceded by fullness in one ear.  Hearing fluctuation or changes in tinnitus may also precede an attack.  A Meniere's episode generally involves severe vertigo (spinning), imbalance, nausea and vomiting.  The average attack lasts two to four hours.  Following a severe attack, most people find that they are exhausted and must sleep for several hours.  There is a large amount of variability in the duration of symptoms.  Some people experience brief "shocks” and others have constant unsteadiness.  High sensitivity to visual stimuli (visual dependence) is common.  {Lacour, 1997}.  During the attack the eyes jump, (this is called "nystagmus").

Fall due to otolithic crisis of Tumarkin.  This is a very dangerous variant of Meniere's disease, which can result in abrupt falls. A particularly disabling symptom is a sudden fall.  These typically occur without warning.  These falls are called "otolithic crisis of Tumarkin", from the original description of Tumarkin {1936}.  They are attributed to sudden mechanical deformation of the otolith organs (utricle and saccule), causing a sudden activation of vestibular reflexes.  Patients suddenly feel that they are tilted or falling (although they may be straight), and bring about much of the rapid repositioning themselves.  This is a very disabling symptom as it occurs without warning and can result in severe injury.  Often destructive treatment (e.g. labyrinthectomy or vestibular nerve section) is the only way to manage this problem.  Other otologic conditions also occasionally are associated with Tumarkin type falls {Black et al, 1982;  Ishiyama et al, 2003}.  Meniere's episodes may occur in clusters; that is, several attacks may occur within a short period.  However, years may pass between episodes.

Between the acute attacks, most people are free of symptoms or note mild imbalance and tinnitus.  Meniere's affects roughly 0.2% of the population.  Meniere's disease usually starts confined to one ear but it often extends to involve both ears (over time), so that after 30 years,  50% of patients with Meniere's have bilateral disease  ( both ears) {Stahle et al, 1991}.  In most cases, a progressive hearing loss occurs in the affected ear(s).  A low-frequency sensor neural pattern is commonly found initially, but as time goes on, it usually changes into either a flat loss or a peaked pattern.  Although an acute attack can be incapacitating, the disease itself is not fatal.

Traditional thinking on the origin of Meniere's disease:  The most prevalent opinion is that an acute attack of Meniere's disease results from fluctuating pressure of the fluid within the inner ear.  A system of membranes, called the membranous labyrinth, contains a fluid called endolymph.  The membranes can become dilated like a balloon when pressure increases.  This is called "hydrops".  One way for this to happen might be when the drainage system, called the endolymphatic duct or sac is blocked.  In some cases, the endolymphatic duct may be obstructed by scar tissue, or may be narrow from birth.  In some cases there may be too much fluid secreted by the stria vascularis.

One can also build a reasonable case for Migraine being the cause of (some) cases of Meniere's disease.  Migraine is at least an order of magnitude more common than Meniere's disease, and one can allow for the possibility that migraine variants might be similar in frequency to Meniere's disease.  Patients with Meniere's have migraine also, about 50% of the time.  Menieres' disease hearing loss,  does not follow the expected pattern for an inner ear disease (i.e. loss of high frequencies first, and loss of OAE's).