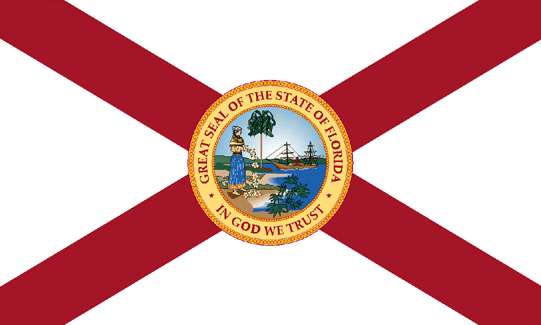 Governor Rick Scott signed Florida’s Compassionate Medical Cannabis Act of 2014 (Chapter 381.986, Florida Statutes) into law on June 16, 2014. The Act authorized specified physicians to order low-THC cannabis for qualified patients beginning on January 1, 2015. A participating physician must be licensed under Chapter 458 and 459 of the Florida Statutes, attend an 8-hour training course, and pass an examination before they can order low-THC cannabis for a patient. Under Florida law, low-THC cannabis is defined as a product or derivative of cannabis which contains 0.8% or less of tetrahydrocannabinol (THC) and more than 10% cannabidiol (CBD). The Compassionate Medical Cannabis Act is limited in the specific conditions that can be treated with low-TCH cannabis and does not allow for the smoking of cannabis. Rather, it allows qualified patients to ingest cannabis via other methods, such as extracts or a physician-prescribed vaporizer.

On March 25, 2016 Governor Scott signed HB 307, which expanded the Compassionate Medical Cannabis Act to allow for terminally ill patients (defined as expected to die within a year without life-sustaining procedures) to ingest all forms of medical cannabis. HB 307 also added the requirement that medical cannabis users register with the Florida Department of Health’s Compassionate Use Registry and obtain a medical cannabis ID card. Florida’s first low-THC cannabis dispensary opened in Tallahassee on July 26, 2016.

On November 08, 2016 Florida voters will decide whether or not to pass Amendment 2, the Florida Medical Marijuana Legalization Initiative, which would allow for greater use of medical marijuana within the state. Amendment 2 was placed on the ballot by United for Care, a group that placed a similar failed measure (also called Amendment 2) on the 2014 ballot. Under the California Constitution, in order for Amendment 2 to become law it must be approved by at least 60% of Florida voters.

THE COMPASSIONATE USE REGISTRY

HOW TO QUALIFY FOR LOW-THC CANNABIS IN FLORIDA

HOW TO ORDER LOW-THC OR MEDICAL CANNABIS IN FLORIDA

There are currently 6 dispensaries* authorized by the Florida Department of Health to cultivate, process, and dispense low-THC and medical cannabis:

Click here to see a map of Florida’s 6 approved dispensing organizations and the various state regions that they represent.

CULTIVATION AND POSSESSION OF MEDICAL MARIJUANA IN FLORIDA

Current Florida State law does not allow low-THC and medical marijuana patients to grow their own marijuana plants. All approved patients must have their physician order their cannabis from one of the state’s 6 licensed dispensaries. Physicians are limited to ordering no more than a 45-day supply of low-THC or medical cannabis, which cannot be sold, gifted, or otherwise transferred to anyone other than the qualified patient or their legal representative.

A patient who has been approved for the use of low-THC or medical cannabis may not use or administer cannabis:

Florida’s Compassionate Medical Cannabis Act (Chapter 381.986, Florida Statutes) was originally passed on June 16, 2014 and amended on March 25, 2016. The Act allows approved physicians to order low-THC and medical cannabis for qualified patients who have been diagnosed with certain conditions. It does not allow patients to ingest marijuana through smoking, but does allow physicians to order vaporizers for patients through approved dispensaries. Patients may not grow their own marijuana plants and must have a physician register them on the Compassionate Use Registry and order their low-THC or medical marijuana for them.

Read the Full Text of the Compassionate Medical Cannabis Act.

On November 08, 2016 Florida voters will decide whether or not to pass Amendment 2, the Florida Medical Marijuana Legalization Initiative. Amendment 2 was placed on the ballot when United for Care submitted 716,270 valid signatures of Florida voters, exceeding the "683,149" required to place an initiative on the ballot. If approved by at least 60% of voters, the initiative would greatly expand Florida’s medical marijuana laws. Specifically, Amendment 2 would allow medical marijuana as a treatment for the following conditions:

Amendment 2 Ballot Title: Use of Marijuana for Debilitating Medical Conditions

Amendment 2 Ballot Summary: Allows medical use of marijuana for individuals with debilitating medical conditions as determined by a licensed Florida physician. Allows caregivers to assist patients’ medical use of marijuana. The Department of Health shall register and regulate centers that produce and distribute marijuana for medical purposes and shall issue identification cards to patients and caregivers. Applies only to Florida law. Does not immunize violations of federal law or any non-medical use, possession or production of marijuana.

Read the Full Text of Amendment 2 that will appear on the November 2016 Florida ballot.

The following information is for the non-medical/recreational use of marijuana. Refer to FLORIDA MEDICAL MARIJUANA LAWS  for information about medical marijuana laws in Florida.

Florida does not currently have any recreational medical marijuana laws. There was a failed attempt by Regulate Florida to place The Florida Cannabis Act on the November 2016 ballot, which would have legalized the possession of up to one ounce of marijuana by residents 21 years of age and older. The Florida Cannabis Act would have also allowed residents to grow up to 6 marijuana plants per household and sought to regulate marijuana like alcohol. Regulate Florida announced in December 2015 that it would not be able to collect enough valid signatures to place the initiative on the 2016 ballot. Campaign manager Michael Minardi said, “We had an uphill battle, honestly with getting a million signatures realistically from the end of August until December. We did believe with the movement and the momentum that we had that we could get this done, but unfortunately, we don’t think we’re going to at this point.”