Here are the Health Benefits Offered by THC

Here are the Health Benefits Offered by THC 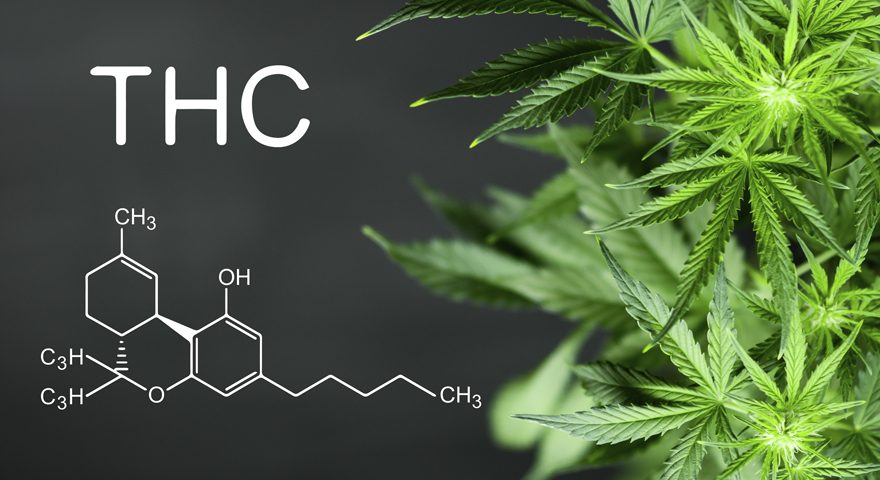 THC has numerous benefits and though not found in the commonly used CBD oil, is becoming increasingly available in particular areas for health uses. Here’s why:

Since THC is a natural compound it is much safer compared to prescription painkillers.

One of the major medical benefits offered by THC is pain relief.  The following are the reasons why.

Over 1.5 billion individuals all over the world are living with chronic pain.  Also, many of those individuals are suffering from nerve-related or neuropathic pain.

According to studies, the cannabis compound THC activates pathways within the central nervous system which block pain signals so that they are not transmitted to the brain.

In 2013 there was an FDA-approved trial that confirmed the effectiveness of THC for pain relief.

The results showed that when delta-9-tetrahydrocannabinol was given in a low dose it resulted in a statistically significant 30% reduced pain intensity compared to those who were given the placebo.

Although clinical research is still restricted based on the unfortunate status of cannabis being a schedule I controlled substance – there is a clear positive correlation between pain relief and THC.

Were you aware that Marinol, an FDA-approved THC pill that treats vomiting and nausea in cancer patients, was first introduced in the 1980s?

Marinol has in fact been marketed as being a pharmaceutical alternative for cannabis.

However, although  delta-9-tetrahydrocannabinol (THC) is contained in Marionol, the compound is isolated and synthetic.

That means it pales in comparison to the multitude of chemical compounds that are contained in whole-plant, natural cannabis.

Marinol doesn’t contain many of the other beneficial components found in natural cannabis such as other flavonoids, terpenes, and cannabinoids, which all work better together instead of separately.

A 1995 study showed that when oral doses were given of THC-8, which is a cannabinoid that is similar to regular THC but that has lower psychotropic effects, effectively treated children who were suffering from nausea induced by chemotherapy.

Slight irritability was the only side effect that was found.

When you consider that nausea medications like Zofran can potentially lead to numerous side effects such as: constipation, fever, rash, muscle spasms, blurred vision, drowsiness, headache, diarrhea, and more – THC-based therapies appear to be a much safer alternative.

One of the biggest myths about cannabis is it kills brain cells.  The exact opposite has been shown to be true by science.

Reefer madness resulted in many people believing that consuming cannabis kills brain cells.  Yet, the reality is that is completely false.

THC is a neuroprotectant, whereas a majority of drugs are neurotoxic. That means THC actually works to protect brain cells against damage.

Here is an example that is quite mind-blowing: a 2014 study found that individuals who had THC within their systems had an 80 percent less likely chance of dying from a traumatic head injury compared to those who didn’t.

If you are having sleeping problems, according to research the health benefits of THC can play a role with this also.

It was found in trials conducted during the 1970s that doses of cannbinoid given in oral form helped those with insomnia fall asleep more quickly.

That isn’t the only thing.

It is suggested by research that using THC in a glass pipe or a dry herb vaporizer might also help to reduce sleep interruptions and improve breathing.

This is great news for people who suffer from sleep apnea and other sleep-related conditions.

It has been estimated that approximately 8 percent of Americans (or 24.4 million individuals) suffer from PTSD currently.

To put this into perspective, that is equivalent to the population of the state of Texas.

PTSD may include symptoms like social isolation, nightmares, insomnia, depression, severe anxiety, agitation – it can be a serious and crippling condition.

It has been shown that THC is a highly effective way of treating PTSD.

There are some psychiatrists that claim that the only way to treat PTSD is THC-rich cannabis.

It has been confirmed by studies that THC helps to ease a number of PTSD-related symptoms, including nightmares, flashbacks, insomnia, depression, and agitation.

That means that individuals who suffer from PTSD can finally experience the peaceful sleep that they need in order to heal and have balance within their lives once again.

They just need to have safe access to quality cannabis along with guidance on the best way that it can be implemented in their life.

The medical benefits provided to the brain by THC might be even bigger than previously thought. It stimulates brain growth in addition to protecting brain cells.

How does this work?

The CB1 receptor within the brain is activated by THC. The stimulation promotes long-term potentiation, which is a process the improves the ability of the brain to learn.

It has also been discovered by scientists that THC, like CBD, causes growth of brain cells inside of the hippocampus.

It is even suggested by some research that spatial memories can be protected by THC.

That is why small cannabis doses can slow down or treat diseases like Alzheimer’s.  Also, THC can help in other ways to protect against Alzheimer’s.

If that wasn’t enough, there is also a study that showed that individuals who had THC inside of their systems had an 80% high chance of surviving head trauma!

7. Appetite Is Increased By THC

Conditions like dementia, hepatitis, eating disorders, and HIV can lead to lost appetite.

That can result in serious malnourishment over time or perhaps even death.

It is well-known that THC increases appetite.

It has been found by researchers that THC interacts with the same kind of receptors inside of the hypothalamus that release ghrelin, which is a hormone that stimulate hunger.  THC can also improve the taste of food.

Although these effects have been written off by some people as just being the “munchies” there is actually something a lot more profound that is happening.

When the right approach is used, the hunger-inducing effects of THC can significantly improve an individual’s quality of life. It may even save lives in some cases.

Interestingly enough, there are certain cannabis cultivars that also can suppress appetite, and for many people that may be an advantage.

You might not consider this to be one of the health benefits offered by THC, but let me explain.

Due to the psychoactive effects of THC, many individuals have been steered away from it.

Many prohibitionists have in fact claims that is what makes cannabis “dangerous” to begin with.

However, for thousands of years now, people have enjoy the cannabis plant’s psychoactive components.

Cultures from all over the world have incorporated this plants in their rituals and spiritual ceremonies for that very reason.

Although THC’s psychoactive effects might not be agreeable to everyone, it doesn’t mean everyone has to steer clear of it either.

For one thing, fatally overdose on THC is impossible.

Countless benefits are provided by cannabis when it is used at the right dosage level and with intention.

From deep personal insights to enhanced creativity to life-changing revelations.

For many individuals, THC’s enhancing effects offer psychological relief and benefits that are very real.