What is BHO and is it safe?

What is BHO and is it safe?

What is BHO? Simply put, BHO is a waxy concentrated cannabis extract made by pushing liquid butane (which liquefies easily) through a tube packed with frosty buds. The resulting solution is a mix of concrete oils, waxes, cannabinoids, terpenoids, and sometimes chlorophyll. Butane is a nonpolar chemical solvent made from petroleum and natural gas. Trichome gland heads and their psychoactive contents, the cannabinoids, are also nonpolar. This means liquid butane quickly dissolves the trichome heads, and cannabinoids, because trichomes are coated with a nonpolar wax and butane is a strong nonpolar solvent.

A solution of cannabinoids, waxes, and oil dissolved in butane comes out the other end. The butane/cannabis wax solution is evaporated, and the remaining BHO has a texture that varies from glass-like to oily. Post extraction treatments include washing with alcohol, whipping, and other tricks or steps to remove the butane smell, remove the plant waxes, and alter the appearance. BHO goes by many names. This is a result of the variety of textures that may occur from butane solvent extractions and the numerous post extraction treatments: honey, erl, hash oil, honeycomb, honey toast, wax, shatter, glass, whip, comb, ‘tane, the list goes on. Possibly the biggest fans of smoking BHO are the same tokers who favor colorful slang. Most part-time tokers find BHO to be too strong to smoke recreationally or medicinally not me. 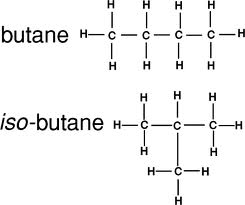 Camping and cooking butane have mercaptans added for the recognizable rotten egg smell. When we say butane in the extraction industry we are talking about refined odorless butane. Here is Vector Butane’s MSDS, the butane product most BHO is made with. It’s not toxic, but is extremely flammable. “Handling and Storage: Do not handle or store near heat, sparks or flame. Contents under pressure (aerosol can). Exposure to heat in excess of 120° F may cause cans to burst. Vapor density heavier than air and highly flammable. ” http://www.vectorkgm.com/catalog/butane/Vector_Gas_MSDS.pdf

Also of note: Summary of hazards and composition. Generally “butane” refers to both normal butane and isobutane. Vector is actually three gases including 11% propane. Isobutane and Propane may be more toxic than actual butane:

EXTREMELY FLAMMABLE!  Keep away from heat, sparks and open flame.”

The problem with BHO (butane extract) is two fold. First, in CA it is illegal to make, sell, or even possess solvent extracts. Chris Conrad tried several different angles and it did not work. The court ruled that making medical marijuana solvent extracts, without a permit, is still a felony:  http://www.chrisconrad.com/expert.witness/Bergen08CalAppB203793hashOil.pdf

Section 11379.6(a) states: “Except as otherwise provided by law, every person who compounds, converts, produces, derives, processes, or prepares, either directly or indirectly by chemical extraction or independently by means of chemical synthesis, any controlled substance – shall be punished by imprisonment in the state prison for three, five, or seven years and by a fine up to $50,000“

Yikes, right? The key word is chemical extraction, which is used here synonymously with solvent extraction. This is different than a water extraction, as water is not considered a chemical in this legal sense. Making kif and ice water hash are both physical separations. Water is well known as the universal polar solvent, ie salt and sugar both dissolve easily in water. But whole trichome heads are coated in a nonpolar waxy cuticle (common in the plant world), and do not dissolve in water. No dissolution of trichome heads means no solvent extraction, so no felony. Three cheers for ice water hash and dry screen hash (kief) in CA! Hash hash hooray!

The second problem is that most BHO is not made under hoods in laboratories with safety protocols in place. The BHO sold in dispensaries is mostly made in backyards, motels, tool sheds, and apartments. Most BHO extractors have no safety gear other than an oven mitt. Many extractors say “just air it out, don’t smoke, and you will be okay.” This is a deadly falsehood and it’s time to address the issue so people can take the proper precautions, if they choose to try this at home.

People are dying, others are being severely burnt, apartments are ignited, motels are blowing up, the bad press for marijuana butane extracts is growing. Continuing this is not going to help mmj or legalization on the political stage going forward.

“Butane Explosion Kills Gilroy Man-
A 45-year-old man who suffered burns to 90 percent of his body during a butane explosion in a Gilroy motel room last week has died at Santa Clara Valley Medical Center, where he was hospitalized Thursday night, hospital spokeswoman Joy Alexiou said today Gilroy police said the explosion that killed Johns resulted from the ignition of a “significant amount of butane” being used to convert marijuana into hash oil.” I lost the full text news report link, this is from 2006. 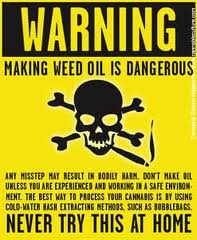 “An 18-year-old Chilliwack teen is dead after hash oil he was cooking in the bedroom of a McIntosh Drive apartment exploded and burned more than 40 per cent of his body. The teenager died late Monday at the Victoria Jubilee Hospital where he was taken for treatment of severe burns to his arms and legs following the Saturday morning explosion”

I’m not trying to say that I agree with CA Section 11379.6(a). Or that making BHO will kill you, the odds are small. But I am saying BHO deaths happen, to the old and young, too often for my liking. In my opinion BHO should not be sold in CA dispensaries as it is illegal. Both the vendors and the dispensaries legally have to dance around (aka lie) about how the BHO they sell is made. The lies are deceptive to newbie patients. Montel Williams repeatedly tells his story (crying usually) of his experience buying mislabeled BHO at a California dispensary. He smoked some and was not happy about it. He claims the residual butane in the BHO he bought at a dispensary made his nerve issues worse. This kind of press does not look legitimate, and it’s not needed considering that primo hash and kief test around 50% THC. 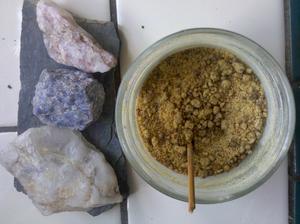 Here is Montel’s rant against dispensaries to the LA City Council based on his bad BHO experience:
http://www.youtube.com/watch?v=k-HDV-75D78

There are some quality BHO extractions available. Some may even be made with lab grade extractors (ie Tamisium), but I am not going to suggest anyone make BHO at home. If you have lab access (and permission in the state of CA), then more power to you. I love smoking some primo ‘tane. I just don’t want to see more people die from trying this at home. And it makes me sick listening to Montel cry that BHO is not labeled properly in CA dispensaries, because he is correct. Rize UP!