Smoking medical marijuana is still the most common way of using the drug in the  United States.  Smoking-one of the best (fastest) ways of getting the chemicals into the body.  Smoking a joint (rolled cigarette), using a glass pipe, or a type of water pipe  (bong).  Smoking is a quick and efficient way to deliver an optimum dose of cannabinoids into the system.  The patient is able to feel the effects almost immediately and they can stop smoking as soon as the desired relief is reached.  The trade off is an increased risk of respiratory ailments.

Vaporization is an effective way to deliver the therapeutic components of marijuana without the toxic byproducts of combustion. Inhaling-a vaporizer is an alternative way to reach the desired effect. The vegetable material is placed in the vaporizer and heated to a temp.: 180-200 degrees Cel. or 356 degrees-392 degrees F. This causes the essential oils to volatilize, or evaporate into a pure vapor, which is then collected and inhaled.  The resulting vapors contain no tars, hydrocarbons, benzene, carbon monoxide or other toxic pryolytic gases and byproducts of combustion.  Thus the respiratory risks have been eliminated.

THC, the most powerful medicinal compound in cannabis, is available by prescription from licensed physicians.  Most patients who use "Marinol" discover that it is far too psychoactive.  THC is only one of handful of cannabis compounds that work together harmoniously (together).  It is known that Cannabidiol (CBD) has very strong sedative effects that offset the stimulative effects of pure THC.  Pure THC pills are known to overpower the senses.  To get optimum medicinal benefits without unwanted side effects, all of the natural cannabis compounds should be taken together as nature intended!.  Homemade "Mari Pills" are far superior to pharmaceutical "Marinol."  At a cost of up to $12.00 a tablet, Marinol is a bit prohibitive!  Empty capsules can be purchased at most health food stores or online.

Spray Form "Sativx" – available mostly outside of the United States is a mouth spray (sprayed under the tongue).  Preferred by many, this delivery system too has some issues, mostly relating to its effectiveness 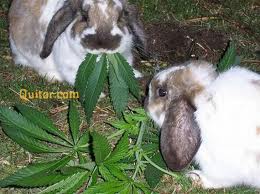 Two important facts about medical marijuana to keep in mind:

Medical Marijuana Can Be Prepared For Cooking in Two Ways:

The active ingredients in medical marijuana can be infused into various liquids and then made into drinks.  Because cannabinoids are not water soluble, making drinkable medical marijuana is not a simple matter of brewing up a tea.  Med. Marijuana drinks are most often either alcohol or milk (fat) based. Cannabinoids are extracted into alcohol by steeping the plant material in a high proof alcohol for several days.  Consult your physician before consuming alcoholic beverages.
Medical marijuana milk is called "Bhang."  To make it: warm a quart of milk over low heat.  Let milk come to a very slow boil and add 1/4 ounce of medical marijuana.  Immediately reduce heat and let it gently simmer for a bit.  Stir and don't let it scorch!

Medical marijuana can be easily converted into suppository form.  Begin with marijuana powder (pulverized)  To achieve maximum benefit, marijuana must be pulverized to dust.  You can purchase suppository kits (beeswax and mold) online or from your health food store.  Medical marijuana suppositories are well suited for patients who are unable to eat or smoke medical marijuana.  Keep them labeled and in the refrigerator.