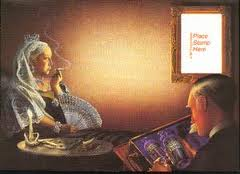 One of the biggest medical uses of cannabis in the 19th century was for the treatment of menstrual cramps and reduction of labor pain.  Her physician J.R. Reynolds prescribed Queen Victoria cannabis for this reason.  Yet there is nothing mentioned in 20th century medical literature.  Possibly, we have such a fear of the unborn child being harmed by its mother’s drug taking that any research on this subject would leave the researcher open to attack.  However, studies in populations that use cannabis socially (Costa Rica and Jamaica) have shown that there is no negative effect on the unborn child.
Despite the controversy,  many women have experimented with cannabis, and have found that it does control menstrual cramps, makes labor quicker and less painful and relieves the nausea (morning sickness) associated with pregnancy.  If severe nausea is reducing the mother's food intake, then the child may be harmed by not taking cannabis.

In 1915, Sir William Osler, known as the father of modern medicine, said, "cannabis was the most effective medication for treating migraine headaches.”

Prescribed in the 1890s by royal physician Sir Joshua Reynolds for use by Queen Victoria of England for treatment of her menstrual cramps.  While cannabis is not a pain blocker as an opiate is, it can reduce awareness of the pain to your conscious mind.  Cannabis also has many secondary, non-psychological effects on the body including relaxing the smooth muscles, which may be causing the cramps in the first place.

Fried (1995) carried out a relatively long-term experiment, which measured the cognitive ability of children born to mothers who smoked cannabis during pregnancy compared to a control group of mothers who did not.  The population was split into those born to mothers who smoked heavily, moderately and not at all during pregnancy.  There were found to be no differences in 'intelligence' (tested in terms of measures such as language development, reading ability, visual and perceptual tests).  Initially some small deficits were noticed among children born to cannabis smoking mothers, but by the time, the child was 5 years old the deficits had vanished.  On the other hand, another study by Fried et al (1998) found that children of mothers who smoked cannabis during pregnancy who were between 9 and 12 years old had reduced ability in terms of 'executive functioning' – involving concepts such as planning and anticipation.

The World Health Organization found no evidence that cannabis causes any chromosomal or genetic damage.  Likewise, the NHS National Teratology Information Service finds no evidence 'to suggest either an increase in the overall malformation rate or any specific pattern of malformations [following marijuana use in pregnancy]'.

Greenland et al (1982) found a greater difference in the duration of labor in mothers who used cannabis than those who did not.  However, in another study, Fried et al (1983) found no difference between heavy, medium and non-users of cannabis about several neonatal outcomes.  As is common with many of these studies, recognition should be taken that the study population was too small to provide definite answers in clinical practice.  A larger study by Braunstein et al (1983) found that cannabis users did produce babies of lower weight and with a greater chance of malformations.  As is evident, much of this evidence seems contradictory.  It is hard to draw conclusions as to the effects cannabis use has on unborn babies.  There seems little evidence that there is any association between cannabis use during pregnancy and any abnormalities in the resulting child.  However, it is likely that smoking anything (cannabis, tobacco, parsley, bananas, daffodils…) can cause harm to unborn children.  Thus, if the medicinal properties of cannabis are to be used as an aid to pregnant mothers a method of administration other than smoking should be used.

Very little scientific research has been done on the subject of treating menstrual cramps, morning sickness and labor pain with cannabis.  The analgesic and anti-emetic effects of cannabis discussed elsewhere show at least a potential in solving some of the problems women experience because of these problems.  The evidence in this section will therefore dwell on the issue of the safety of taking cannabis whilst pregnant.  This should not be taken to indicate that other research on this matter is important; it simply has not been done yet.  If cannabis is found to have any negative effect on unborn babies then it is a case of deciding whether it outweighs any benefits, it may bring.  In addition, the following research is only relevant to those patients who are pregnant.  Evidently, women suffering menstrual problems whilst not pregnant need not consider the effects on unborn children!

Cornelius et al (1995) reviewed existing studies on the subject of taking cannabis whilst pregnant and found that several of the results were inconsistent.  They did find suggestions that the gestation period was shorter in cannabis-smoking mothers, but only in those in their adolescence.  Studies by Fried (1982) and Hingson et al (1982) showed that women who smoked cannabis regularly whilst pregnant tended to have babies of a lower weight than those who did not.  As mentioned above however, how much of this is actually due to cannabis compared to the effects caused by general smoking is unknown.

Zuckerman et al (1989) performed a similar study and found that offspring from mothers who smoked cannabis whilst pregnant weighed on average 3.4 ounces less than the control group's babies.  However, there was no difference in the gestation period, or for abnormalities.

Ammenheuser et al (1998) found that mothers who smoked cannabis during pregnancy-produced babies with higher mutation rates than those of non-smokers.  This is a very similar finding to their 1994 study on mutations in tobacco-smoking mothers, so yet again it is hard to distinguish the effects of cannabis from the effects of general smoking.