Medical Marijuana–Why We Need Standards In This New Field

Medical Marijuana–Why we need standards in this new field

Patients need medicine that is free of pesticides and safe from microbiological contamination, and they need to know its potency (dosage).  At the same time, opponents of medical marijuana have seized the opportunity to portray its quality in the worst possible light in order to suppress dispensaries that are legal in certain states.  As a result, no federal and state regulatory protections are in place, and the cannabis products distributed by dispensaries are not subject to reliable oversight.

As health care providers, they need to improve procedures for buying and distributing medical marijuana, and provide more detailed information about the medicine.  The industry has yet to see legal cases involving contaminated marijuana, but they are likely to arise as the use of medical marijuana grows.

Medical Marijuana advocates need to promote the testing of marijuana in order to dispel opinions that “crude” herbal marijuana, and especially its preparation, should not be considered medicinal.

The Need to Develop Standards for Medical Marijuana

To self-regulate their processes in order to assure safe and clean medicines and advance the cause of marijuana therapeutics.  Independent testing can reduce the risks of contamination, and thereby improve the overall quality of the marijuana distributed as medicine through the dispensaries.

Growers can ensure quality and improve their operations.  Advocates, patients, dispensaries, and growers all benefit from testing that helps to legitimize medical marijuana.  Rather than suffering a quality crisis that fuels the opposition, the medical marijuana industry can thrive in an atmosphere of self-regulation and control, and ensure that the medicines are safe and effective.  However, the present completely decentralized system of production and distribution requires some form of third-party quality control if patients are to have confidence in their medicine, assuming that they are unwilling or unable to grow it themselves.

Patients battling severe pain or who must undergo chemotherapy deserve safe marijuana products — they should not have to grow their own medicine or turn to the black market.  “Cannabis should be subject to rigorous quality control oversight, like any other medicine.”

The medicines you buy in a pharmacy have been run through a battery of tests to insure their quality.  The potency of a drug is clearly stated on the label so one knows the correct dose.  Unfortunately, this is not the case with medical marijuana. Patients need to have confidence that they are administering an appropriate dose.  “Certain minimum levels of  [the active ingredient] in the herb must be maintained (upwards of 10%) for practical reasons of economy and smoke-inhalation minimization.”   “As CBD and possibly other cannabinoids may add or subtract from the primary THC effects, and have effects themselves, their presence should also be accounted.”  Dr. Pate

Patients also need medicine that is free of pesticides, which are sometimes used in growing operations.

Exposure to these chemicals can be harmful to patients;  they are toxic at high levels and can be harmful even at lower doses.  Even outdoor plants can be exposed to pesticides.    Levels of these compounds can range from zero to massive, depending on cultivation practices.   Some of these compounds might potentially produce acute symptoms, but probably the greatest danger occurs with chronic  exposure.  Insidiously, the consumer is completely unaware of this exposure until symptoms manifest.  Hence detection of potential chemical contamination  is of paramount importance.

It is possible that medical marijuana could be the most useful remedy to treat the widest variety of human diseases and conditions, a component of preventative healthcare, and an adaptive support in our increasingly toxic, carcinogenic environment .

Medicinal marijuana needs testing to be legitimate as medicine

Since the early 1960s, the U.S. government has blocked research on marijuana and the testing of marijuana products, even after scientists found that marijuana was relatively harmless and perhaps beneficial as medicine for specific illnesses.  Now, paradoxically, government agencies such as the Food and Drug Administration (FDA) are insisting that marijuana can not be considered a legitimate medicine because it  has not been properly researched and tested.  In 2001, in rejecting a petition for the rescheduling of marijuana,  the FDA stressed that it could not conclude that marijuana has an acceptable level of safety — “without assurance of a consistent and predictable potency and without proof that the substance is free of contamination.”

Many of the risks cited by the FDA can be directly reduced by independent testing and certification.   In cities and towns across California and other states, lawmakers are now proposing regulations that would require dispensaries to test medical marijuana for various sorts of contamination.

In other states, such as Tennessee, proposed acts will establish state-managed programs that produce medical cannabis under secure, safe specifications that include growing only strains of known chemical composition to make sure that the medicine is safe, reliable, and targeted to provide maximum relief to patients suffering a discrete set of serious medical conditions.

Additional testing of marijuana strains to identify and assay their chemical constituents will provide more predictable medicinal effects that will benefit both patients and providers.  In addition, patients can use the information about levels of  THC, CBD, and CBN to choose strains that are less psychoactive.

In certain instances,  CBD has a beneficial medical effect but is non-psychoactive, and often people prefer that.   (A forty-year-old businessman does not want to become incapacitated just because he needs the pain relief.)

Independent testing can reduce the risks of contamination, and thereby improve the overall quality of the marijuana distributed as medicine through the dispensaries.  Using Gas and High-performance Liquid Chromatography and a Mass Spectrometer, as well as other high-tech lab equipment tests can be conducted for pesticides and mold, as well as measure potency in samples of marijuana.  There is a movement to mandate that medical marijuana adhere to the same standards as other food and drugs .

Give patients the information they need to compare strains.  Patients need potency data so they can individualize their dosing.  Industry leaders argue that some kind of standardization or quality control is essential to the long-term success of marijuana as a medical treatment.

Who Is In Charge of Quality Assurance?

Medical marijuana, of which there are dozens of varieties and potencies, is not regulated by any central authority, such as the Food and Drug Administration or the USDA.  Consumer safety issues are almost entirely dealt with within the industry, and efforts are driven in large part by pioneers of the medical marijuana movement along with consumers.

Quality-control testing is the best-conceived method to date for making medical marijuana available to seriously ill patients in a safe, secure, controlled, cost-effective and patient centered fashion.  Patients are also insisting on higher quality packaging for medical marijuana to protect it from oxidation and degradation.

The challenge for medical marijuana advocates and patients is to promote self-regulation and the testing and certification  of marijuana in order to assure that its quality and preparation meet the standards of modern medicine and therefore should be considered medicinal.  Advocates, patients, dispensaries, and growers all benefit from testing that helps to legitimize medical marijuana.

Growers  need to differentiate by quality and level of contaminants

Competitive forces are driving the marijuana-growing industry, and small growers of higher-quality marijuana for medicinal purposes need to differentiate their products by quality and purity.  Today’s medical growers differentiate their products with brand names identifying strains (such as “White Widow,”  “Northern Lights,”  “Purple Haze,” etc.).  However, brand names do not  provide reliable information about the product’s contents, and do not take into consideration grower practices, the use of pesticides, or fungus contamination.  The potency and overall quality of any cannabis strain is affected by the environmental conditions under which it is grown.  Patients are completely in the dark about potency levels and actual quality.
The industry has yet to see legal cases involving contaminated marijuana, but they are likely to arise as the use of medical marijuana grows.  Moldy marijuana (is suspect) in hastening the death of at least one person with a compromised immune system.  All hell will break loose. All it might take is one story of an immune-compromised person dying from Aspergillus infection from smoking marijuana to give rise to patient lawsuits.  Growers and dispensaries will find themselves at risk, just as pharmaceutical companies are now with their products. As health care providers, they need to improve procedures for buying and distributing medical marijuana, and provide more detailed information about the medicine.

A  safe marijuana seal and packaging program increases quality control for the industry by changing the model to give producers the opportunity to certify and package their products before they come to market.
Nitrogen packaging services for legal medical collective and cooperative growing operations (e.g., those permitted under the Mendocino County 9.31 exemption) are available.  The tamper-proof packaging keeps the marijuana as fresh as the day it was sealed, substantially reducing mold and bacterial growth, and significantly reducing degradation and discoloration.  To ensure safety, each package includes oxygen and humidity indicators,  which will also show if the package has been tampered with.

I predict that by fall (2012), all medical marijuana going into a dispensary, will require testing and certification! 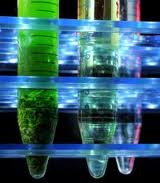