Marijuana and the early legal battle 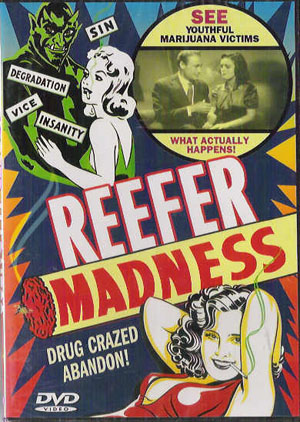 Marijuana and its Early Legal Battle

The Harrison Act of 1914, which ‘taxed’ cocaine and opiates, was the federal government’s very first attempt to criminalize recreational drugs such as cocaine and heroin.  Yes, until that time they were legal!  The backers of the Harrison Act played on fears of the “drug-crazed, sex-mad” and made reference that Negroes under the influence of drugs were murdering whites, degenerate Mexicans smoked marijuana, and ‘Chinamen’ were seducing white women with opium.

The Federal Bureau of Narcotics was established in 1930. Harry J. Anslinger was appointed as its first commissioner.  Under Anslinger’s leadership, the bureau pushed for severe penalties for those using recreational drugs and is credited with criminalizing marijuana.

Just as the government used fear, prejudice, racism, and false stories to ‘tax’ cocaine and opium products in 1914, the newly formed Bureau of Narcotics used similar messages of falsities to demonize marijuana.  In 1936 the Federal Bureau of Narcotics produced propaganda films, such as “Reefer Madness.”  The propaganda campaign was successful and lead to the enactment of the Marijuana Tax Stamp Act in 1937, which made the possession or transfer of marijuana illegal throughout the United States under federal law without a tax stamp issued by the U.S. Treasury Department.  Growing and selling marijuana was still legal, providing you have a tax stamp. However, the Treasury Department never issued any tax stamps for marijuana, thus making growing, selling and possessing marijuana illegal. 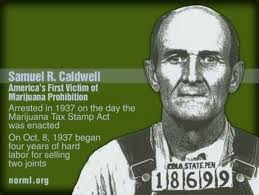 In the 1950’s, Anslinger once again used propaganda to scare Americans into believing marijuana was a gateway drug to heroin.  At the time, concern was high about the growing number of teens using heroin.  Anslinger used that concern and turned it into to fear by claiming most marijuana users would turn into heroin addicts.  He then used this fear to convince Americans that marijuana was just as bad as cocaine, opium and heroin.  In 1956 the Narcotic Control Act passed. The Narcotic Control Act put marijuana in the same class as heroin and added even more severe penalties.

For far too long Marijuana has been lumped into the same class of drugs such as cocaine, heroin and opiates.  With the proliferation of medical marijuana today, the science disproving all the lies and even pointing out the true health benefits of cannabis, it is finally coming to light the injustice and unbalanced laws in relation to marijuana.  The day is just around the corner where marijuana will get the credit it deserves rather than the distorted mistruths previously stated as fact.  The REAL truth is out.  When will the legality of such an herb finally catch up?