Haze and History according to Shantibaba

“The Mr Nice Seed Bank is owned by Shantibaba, and incorporates the talents of another equally experienced breeder of exceptionally high quality, and operates with the collaboration of Howard Marks. These three individuals command a huge wealth of experience in producing cannabis strains. They have produced a large amount of the winning strains of cannabis since 1990, including such legendary strains as Northern Lights No. 5, NL5 x Haze, Super Silver Haze, White Widow, White Rhino, and White Shark.” From the MrNice homepage

“Now to clear up the story and myths that go around, due mainly to people in the industry (other seed companies) who are more interested in making money than giving information that is correct. Haze brothers worked on the Haze’s and they did get to Sam and Nevil (owner of THE SEEDBANK and then Ben Dronkers retailed Nevils strains under the label of SENSI SEEDBANK after Nevil had some jail time in Australia .Nevil was the first Seed Bank or company to exist in Holland so his legendary strains such as Northern lights 5, Ultra skunk , Nl5 Haze, Early pearl , Early girl, Shiva Skunk and so on became the basis for a lot of offspring seed companies that followed in the 90s.

In fact companies like Dutch passion and Nirvana began by copying Nevils seeds from the F1 seed but most of them would never say so as they are Dutch business men who see dollars first and not genetics Sam and Nevil use to work a bit on strains together but when it was revealed that Sam and his crew of Americans in Holland all were part of informants for the DEA in America on a radio program in Holland they split to the UK to do other things. Sam never started or owned a seed company so his claim to all the strains that became famous years ago are not really warranted. He did however do a lot of work on Skunk and shared some seed with Nevil, but as you know for breeding you cannot just take any plant and make a strain like Greenhouse does nowadays. I was working in Australia on varieties like Mullumbimby madness and Thai and Columbia strains of sativas, as well as a lot of original Afghan stock. When I came to Holland in 1990 with my seed stock I linked up with Nevil , and used Arjan’s coffeeshops to introduce strains of cannabis and a little later the seed versions, but we never gave any of the plants to him.

Arjan just sold seed produced by Nevil and myself. I co founded the Greenhouse Seed Company with Arjan in 1994(unlike Arjan’s claim it began in 1985 from him alone he was angry that I sold my half share to him and left in 1998 to Switzerland and to open Mr Nice Seedbank with Nevil and Howard but I was and still am the sole owner of MNS). In 1995 I came out with the seed version of White widow, then White Rhino 1996 and White Shark 1997 el nino1998 , Himalayan gold and so on. Nevil and I co worked on some Haze strains during the early to mid 90s of which Super Silver Haze and Mango Haze were two strains that eventually came out of this work. The seed was sold under the Greenhouse Seed co label but Nevil held those plants and only sold the seed of these varieties as well as the weed version that won all those awards. So as to help Arjan sell the correct weed we set up our own independent grow rooms and produced those weeds and Arjan bought them all so as no other Dutch shop could compete.

In those days the Greenhouse sold the correct weed and seed. But in 1998 when I won all the cups with Nevil(including Shantibaba’s Hash for best nederhash) I was givien a better offer by a Swiss group to set up a medical cannabis farm and distil oil so I sold my share to Arjan and left. A lot of people were shocked as they thought we were a solid unit but actually Arjan was over the top already with his success and his ego was too much to listen to and considering the Swiss thing had unlimited possibility where as Holland was stuck at being glorified dope dealers as it still is today. Medical was more my interest.

I took all my plants which made the seeds, especially my fathers and Nevil put all his plants with me so together we had a library of all genetics possible in the cannabis world. Nevil soon sold his part in one of the coffeeshops and had a big problem with Arjan too but it took another year or two for them to split. Take a look at the High times Cannabis cup after 1998, so 1999 onwards only while Nevil was there did they win with SSH, but that soon left with Nevil and Arjan even got caught cheating or trying to bribe people to win cup so was disqualified one year.

A lot of stories exist about the Widow family and a lot of people had access to some of the female versions I left in Holland and soon began claiming to be the creature etc but the original seed versions that won the first cup in 1995 came from my plants not anyone else’s. Till today we have all the plants in original form. Franco, the Italian working for Arjan now does not even know the original plants as he did not come on the scene till after I left. I have nothing against him at all but he is paid by Arjan andis part of that show so believes what ever is feed to him. The GHSco tried to get things going by buying some seed Nev and I had for sale from a guy in Holland during this time. The guy called me up and told me Arjan bought a few thousand euros of this seed and a year later came out with seed under the well known names he had used previously. The growers could not know this until they grew it out and considering a lot of people never grew it before they did not even know what they were looking at and still do not. So many seed companies use the names like White widow but the genetics are all different.

I wrote out the true origins of the plant and everyone copied that so it looks like everyone is selling the same genetics but it is they are all selling a name that sells nothing more. Ask Franco to show you a photo of the original parents that make the widow he cannot as he has never seen them.The Ghsco linked up with others like Ingemar who claims to be the widow breeder but he is only a grower and he never came out with a seed version until after I made it in 1995. But all the facts have become mixed and people try to confuse the grower by claiming things that no one else can prove to be correct or wrong as there are no rules in the seed game since all cannabis is actually not recognized in the official plant world as sub species due to it being drug related. So in actual fact no one owns nothing even all the trademarked R after the names you see from various seed companies are all bullshit as they are not really able to protect any names as the plants do not officially exist but that is another story.

In the late 90s I gave plants to Soma, and he began a seed company a year later too mixing his skunks to my males. This has occurred many times to me just look at the Spanish seed companies and 10 years ago none existed until I went there in 1995 and gave away 3 kilos of seed to growers via Canamo magazine but that is another story too. 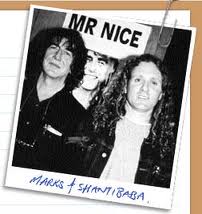 Now the female seed story saved a lot of seed companies who never really breed seed as you only need a F1 female and chemicals no need for a male so go figure why companies like the Greenhouse or Dinafem etc set up selling female seed the money the demand and not really needing skill with males are all prerequisites to make a female seed. It is therefore obvious to me why Arjan (who is a very marketing person nothing more) and Franco come out every year with a new name plant they buy an original F1 seed and donk it with silver nitrates and there you have there products but now adays there are so many doing it it is incredible. Even companies have called me to tell me they feminised a clone of Critical mass in spain and call it critical plus but say nothing more than thanks. So actually I really do not care any longer about other companies and what they say. We at MNS sell the real versions that won the original awards and made the legends nowadays it is all confused and everyone is going feminised except MNS. We exist so people who like to breed will be able to with the original true breed plants that come from selection and natural collection from traveling around the world. As they say, an empty barrel makes a louder noise and we are full.
ShantiBaba”