Saponins are a class of chemical compounds, one of many secondary metabolites found in natural sources, with saponins found in particular abundance in various plant species.  Any of numerous glycosides that occur in many plants (soapbark, soapwort, or sarsaparilla) that are characterized by their properties of foaming in water solution and producing hemolysis when solutions are injected into the bloodstream and that on hydrolysis yield a triterpenoid or steroid sapogenin and one or more sugars (glucose, galactose, xylose).

Saponins-group of chemicals with detergent-like properties that plants produce to help them resist microbial pathogen such as fungi and certain bacteria and viruses.

One research use of the saponin class of natural products involves their complexation with cholesterol to form pores in cell membrane bilayers, e.g., in red cell (erythrocyte) membranes, where complexation leads to red cell lysis (hemolysis) on intravenous injection.  In addition, the amphipathic nature of the class gives them activity as surfactants that can be used to enhance penetration of macromolecules such as proteins through cell membranes. Saponins have also been used as adjuvants in vaccines.
Saponins from the Gypsophila paniculata (Baby’s Breath) plant have been shown to very significantly augment the cytotoxicity of immunotoxins and other targeted toxins directed against human cancer cells.  The research groups of Professor Hendrik Fuchs (Charité University, Berlin, Germany) and Dr David Flavell (Southampton General Hospital, United Kingdom) are working together toward the development of Gypsophila saponins for use in combination with immunotoxins or other targeted toxins for patients with leukemia, lymphoma and other cancers.

Recent studies have found benefits:  control blood cholesterol levels, bone health, cancer, and building up the immune system.
There is tremendous, commercially driven promotion of saponins as dietary supplements and nutriceuticals.  There is evidence of the presence of saponins in traditional medicine preparations, where oral administrations might be expected to lead to hydrolysis of glycoside from terpenoid (and obviation of any toxicity associated with the intact molecule).  But as is often the case with wide-ranging commercial therapeutic claims for natural products:
the claims for organismal/human benefit are often based on very preliminary biochemical or cell biological studies;  and mention is generally omitted of the possibilities of individual chemical sensitivity, or to the general toxicity of specific agents,) and high toxicity of selected cases.
While such statements require constant review (and despite the myriad web claims to the contrary), it appears that there are very limited  (United States and Europe) agency-approved roles for saponins in human therapy.    Their use as adjuvants in the production of vaccines, toxicity associated with sterol complexation remains a major issue for attention.  Therapeutic benefit is a result of careful administration of an appropriate dose.    Great care needs to be exercised in evaluating or acting on specific claims of therapeutic benefit from ingesting saponin-type and other natural products.

Saponins have historically been understood to be plant-derived, but they have also been isolated from marine organisms.  Saponins are indeed found in many plants, and derive their name from the soapwort plant (Genus Saponaria, Family Caryophyllaceae), the root of which was used historically as a soap.  Saponins are also found in the botanical family Sapindaceae, with its defining genus Sapindus (soapberry or soapnut), and in the closely related families Aceraceae (maples) and Hippocastanaceae (horse chestnuts). It is also found heavily in Gynostemma pentaphyllum (GenusGynostemma, Family Cucurbitaceae) in a form called gypenosides, and ginseng or red ginseng (Genus Panax, Family Araliaceae) in a form called ginsenosides. Within these families, this class of chemical compounds are found in various parts of the plant: leaves, stems, roots, bulbs, blossom and fruit.  Commercial formulations of plant-derived saponins – e.g., from the soap bark (or soapbark) tree, Quillaja saponaria, and from other sources—are available via controlled manufacturing processes, which make them of use as chemical and biomedical reagents.
Chenopodium quinoa plant has a long history of use in South America and is not harmful to humans.  Toxic saponins are known as sapotoxins.  Saponin digitalis of the Foxglove plant is used in heart medicines.

Natural detergents found in a variety of plant species, especially desert plants but also herbs (soapwort, soaproot, soapbark, soapberry).  Commercial saponins are mainly extracted from desert plants Quillaja saponaria and Yucca schidigera.  Quillaja bark has been used in Chile as shampoo for centuries.  Yucca is native to the Mojave and Sonoran deserts of California, Baja California and Southern Nevada and Western Arizona.  Because of their surfactant properties, saponins are also used industrially, in mining and ore separation, emulsions for photographic films and cosmetic products like lipstick and shampoo where their anti-fungal and anti-bacterial properties are important in addition to their emollient effects.  Their properties are extracted using cold-press methods.
Yucca root has high levels of saponin and Native Americans used it for years to make soap and shampoo.  Native Americans washed their hair with Yucca to fight dandruff and hair loss.  They also used the flowers and fruit for food.  The black seeds were dried and ground into flour.  Leaf fibers were used to weave cloth, make rope and to make sandals.  Yucca has been used to treat headaches, bleeding, gonorrhea, arthritis and rheumatism and many other ailments throughout history.
The soapy characteristics of saponins make them ideal for use as spray adjuvants (they make sprays work better).  They also make sprays stick or spread better on leaf surfaces.  They also allow nutrients to be absorbed better.  Another important thing they do is to distribute water more evenly on hard-to-wet substrates.  For these reasons saponins are often used in fertilizers, potting soils and pesticides.

Saponins when mixed with water reduce the surface tension of water, allowing the formation of small stable bubbles.  As a consequence of their surface-active properties, saponins are excellent foaming agents (very stable).  Today, saponins are used in the manufacture of fire extinguisher foam, toothpaste, shampoos, liquid soaps, and cosmetics and to increase the foaming qualities of beer and soft drinks.  Saponins come in powdered or liquid form and can be found in fertilizers (amendments) and soilless potting mixes and certain pesticides (insecticides), kitty litter, detergents, beverages, lipsticks, herbal skin balms, and many other things.

Saponins have hemolytic, expectorative, anti-inflammatory and immune-stimulating activity. Beyond that, saponins demonstrate antimicrobial properties particularly against fungi and additionally against bacteria and protozoa.
Yucca and quillaja saponins have both current and potential applications in animal and human nutrition.  Yucca extracts are extensively used for ammonia and odor control in pig and poultry-raising facilities and in dog and cat foods.  Yucca saponins, and perhaps other components of yucca as well, have ammonia-binding activity.  When added to the diet, yucca saponins pass through the digestive tract unabsorbed and are excreted in the feces.  In the excreta, the yucca components bind to ammonia and certain other odiferous compounds and prevent them from being released into the air.  In recent studies in England, feeding of yucca extract to dogs and cats was shown to reduce fecal odor and reduce emission of volatile compounds contributing to fecal odor.  Many pet foods and “kitty litter” products now contain yucca extract to reduce these noxious odors.
Other plants containing saponins include Christmas Rose (Helleborus niger), Horse Chestnut trees (Aesculus hippocastanum), Asparagus fern (Asparagus officinalis), and Daisies (Bellis perennis).  Saponins are natural detergents found in many plants, especially certain desert plants. Saponins are also present in small amounts in some foods, such as soybeans and peas.  The two major commercial sources of saponins are Yucca schidigera, which grows in the arid desert area of Baja California, and Quillaja saponaria (soapbark tree), which is found in arid areas of Chile.  Saponins have detergent or surfactant properties because they contain both water-soluble and fat-soluble components.   They consist of a fat-soluble nucleus, having either a steroid or triterpenoid structure, with one or more side chains of water-soluble carbohydrates (sugars). Yucca saponins have a steroid nucleus (steroidal saponins), while the quillaja saponins have a triterpenoid nucleus.  As a consequence of their surface-active properties, saponins are excellent foaming agents, forming very stable foams.  Yucca and quillaja extracts are used in beverages, such as beer, root beer and slurpies, to provide the foamy “head.”  Because of their surfactant properties, they are used industrially in mining and ore separation, in preparation of emulsions for photographic films, and extensively in cosmetics, such as lipstick and shampoo.  Quillaja bark has been used as a shampoo in Chile for hundreds of years, and Native Americans used yucca to make soap.  The antifungal and antibacterial properties of saponins are important in cosmetic applications, in addition to their emollient effects. 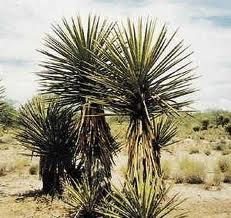 Although there are reports of the development of synthetic saponins as drugs for treating high blood cholesterol, yucca and quillaja extracts are natural phytochemicals currently used in foods and beverages and as herbal products. Interestingly, recent research by scientists in Canada and Africa has suggested that the very low serum cholesterol levels of Masai tribes people in East Africa, who consume a diet very high in animal products, cholesterol, and saturated fat, are likely due to the consumption of saponin-rich herbs. 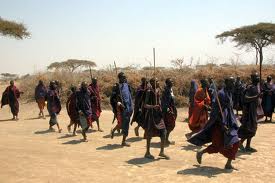 The binding of bile acids by saponins has other important implications.  Bile acids excreted in the bile are called primary bile acids. They are metabolized by bacteria in the colon, producing secondary bile acids.  Some of the secondary bile acids are promoters of colon cancer.  By binding to primary bile acids, saponins reduce the formation of the secondary bile acids.  Research at the University of Toronto has shown that feeding saponins to laboratory animals reduced the number of preneoplastic colon lesions in mice. The Canadian researchers also found that saponins had a dose-dependent inhibitory effect on growth of human carcinoma cells in culture.  Major current interest in quillaja saponins concerns their effects on the immune system.  Specially purified quillaja saponin fractions designated as  (Quil A) are used as adjuvants for vaccines.   Adjuvants are substances that increase the effectiveness of what they are mixed with.  Quillaja saponins increase the effectiveness of both injected and oral vaccines.  In the case of injected vaccines,  (Quil A) is used to prepare immunostimulating complexes (ISCOM).  ISCOM’s are prepared by attaching a portion of the protein envelope of a virus to (Quil A).  The association of the viral protein with saponin facilitates its transport across cell membranes.  Quillaja saponin-based ISCOM’s are presently being evaluated in development of experimental vaccines against HIV, the virus responsible for AIDS.  Besides having adjuvant activity, quillaja saponins have a direct stimulatory effect on the immune system.   Example, pretreatment of mice with quillaja saponins enhances their resistance to a disease challenge. Saponins enhance the effectiveness of oral vaccines by improving their absorption as a result of increasing gut mucosal permeability, which facilitates absorption of large molecules contained in vaccines.
The desert plants Yucca schidigera and Quillaja saponaria are rich storehouses of phytochemicals with many useful and important functions in human and animal nutrition.  In many respects, we have just scratched the surface in our understanding of the many biological effects of steroidal and triterpenoid saponins and their potentials for improving human health.

Saponins can safely be used:

bio-enhancer-added to products to make them work better

flushing of plants  [cleaner than molasses (saponins in blue agave)]

boosts potency of other products (adjuvant)

To grow true medical grade marijuana, you must have all your components in sync.  You must use only organically approved (OMRI) products and the entire environment must be healthy and clean.  Nothing toxic.  Nothing that will build to toxic levels.  All sustainable!  After all, you are growing a true medicine.  Grown to improve health.