Is It Finally Easier For Medical Marijuana Dispensaries To Have Bank Accounts?

Is It Finally Easier For Medical Marijuana Dispensaries To Have Bank Accounts? 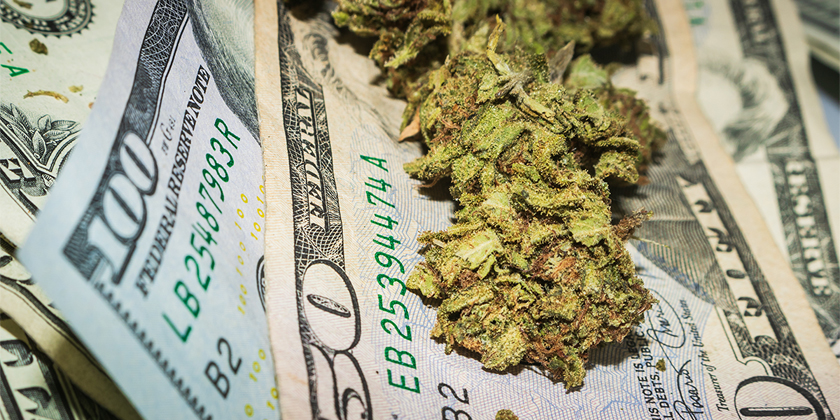 As the Department of Justice works to revoke protections for state marijuana laws, the number of banks and credit unions that are willing to work with marijuana businesses is steadily climbing — and just in time. While the medical marijuana businesses have been doing their best with the cash-based system, the growing number of states that are passing pro-medical and pro-recreational legislation make having a cash-only business hard to maintain, and hard for banking establishments to resist.

Would it surprise you to know that banks and credit unions have been able to do businesses with marijuana-related businesses without being prosecuted since 2014? Back then, the U.S. Treasury issued guidelines enforcing strict monitoring of illegal activity, such as funding gang violence. Because of this, local charters on the state level have been particularly interested and willing to work with marijuana businesses.

“We’re definitely seeing more businesses in the industry getting banked every day,” Aaron Smith, executive director of the National Cannabis Industry Association, a trade group, told the Pew Trust. The NCIA found despite the legal risk, almost 400 banks and credit unions hold marijuana-related accounts, as of 2017 — more than triple those that held accounts in 2014.

Hawaii and The Growing Trend of “Cashless”

So, what do you do if the banks located in your state won’t accept a marijuana-based company account? You get creative — and that’s just what Hawaii did when medical marijuana legislation was passed in 2017.

State regulators were able to give a Colorado-based credit union permission to serve the state’s medical marijuana dispensaries by partnering with the CanPay app. Patients are able to transfer money from their bank accounts directly to the dispensary’s account through the app, making the transaction legal and cashless.

“This new cashless system enables the state to focus on patient, public and product safety while we allow commerce to take place. This solution makes sense,” Hawaii Gov. David Ige, a Democrat, said in a statement announcing the system in September.  “We are calling this a temporary solution Policymakers hope that eventually a state-chartered bank or credit union will step in to serve the marijuana industry.”

Three of the four dispensaries in Hawaii use the CanPay app, though none are required to.

A Matter of Public Safety

Not only does being able to use a banking institution help to legitimize the legal marijuana business all around, but the simple act of having a secure place to store your money, plus having the ability to use cards and other cashless forms of payment reduce the associated threat of robbery. This not only extends to those working in the marijuana industry, but to those that just happen to be around. One anonymous banker told the New York Times, “I don’t want to stand in line next to a backpack filled with $30,000 while someone fills out money orders.”

As recently as late November, Southern Connecticut Wellness & Healing, a medical marijuana dispensary in Milford, Connecticut was robbed of the safe that was located on-site. The safe, containing an undisclosed amount of cash, was the only thing stolen from the dispensary. With the reduction of cash-on-hand, comes the reduction of planned attacks on dispensaries, making them safer all around.

It’s estimated that legal marijuana sales will roughly double to $21 billion by 2021. With all that potential revenue at stake, do you think the federal government will take notice, or will it be anti-marijuana business as usual?

Do you run a medical or recreational marijuana dispensary? How would easing banking restrictions change the way you run your business? Let us know in the comments, or on Facebook or Twitter.