Celebrities That Are Fighting For Legalized Marijuana ​

Celebrities That Are Fighting For Legalized Marijuana ​ 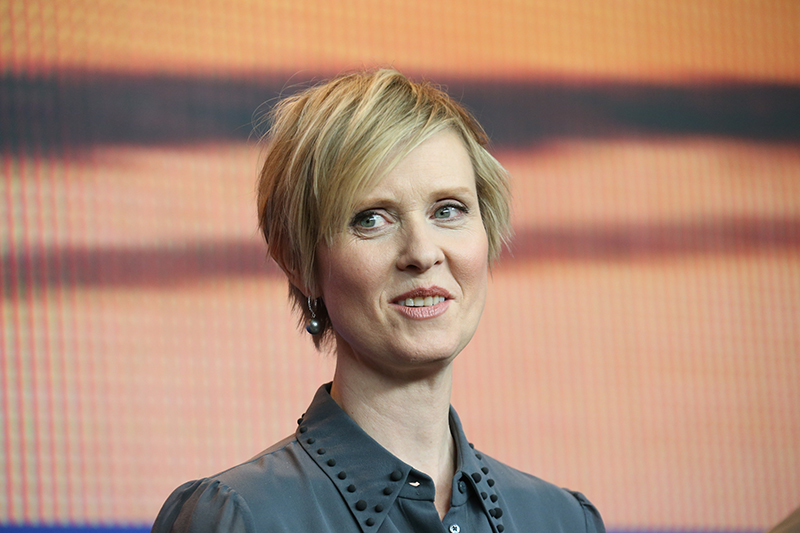 Celebrities like Cynthia Nixon that are fighting for your right to use medical and recreational marijuana.

Move over, Snoop Dogg and Willie Nelson. Today more and more celebrities are coming out in support of legalized medical and recreational marijuana. There are studies to suggest that celebrity involvement helps to legitimize and normalize cultural movements, and we have never been more excited to see so much involvement. So, who are some of these celebs fighting alongside us?

Though Nixon rose to international fame as Miranda on HBO’s Sex and the City, Cynthia Nixon is currently working on nabbing the biggest role of her career — Governor of New York. Nixon recently made the legalization of recreational marijuana the first policy of her gubernatorial campaign. But, it’s not all about raking in that essentially free tax money. Nixon is also bringing attention to the disparity among marijuana incarceration and race. In New York, 80% of marijuana arrests in connection with marijuana were black or Latino, despite the fact white people and communities of color use marijuana at roughly equal rates.

Maher has always been known to speak his mind, but in February 2016 he quite literally put his money where his mouth was when he smoked a marijuana joint live on his HBO talk show Real Time with Bill Maher, alongside fellow comedian Zach Galifianakis. On top of being one of the biggest advocates for legalization and reformation, he also sits on the board of NORML, the National Organization for the Reform of Marijuana Laws. Though he has stated that legalization is far from the most pressing issue in American politics, he as also looked at as one of the key figures in the legalization debate.

After an unfortunate car accident leading to nerve damage in his left arm, Freeman began using medical marijuana to help alleviate his chronic pain. While he tried more traditional pain-relief options first, in an interview with the Daily Beast, he says it was Freeman’s wife that introduced medical marijuana to him.

“My first wife got me into it many years ago. How do I take it? However, it comes! I’ll eat it, drink it, smoke it, snort it! This movement is really a long time coming, and it’s getting legs—longer legs.”

He continued saying, “Marijuana has many useful uses. I have fibromyalgia pain in this arm [his left arm], and the only thing that offers any relief is marijuana.They’re talking about kids who have grand mal seizures, and they’ve discovered that marijuana eases that down to where these children can have a life. That right there, to me, says, ‘legalize it across the board!”

You may know him as a wrestler, or as the former Governor of Minnesota, but to those in the legalize-it community, they know him as one of the biggest supporters of the marijuana community in the country.

In his book, Jesse Ventura’s Marijuana Manifesto, he states that marijuana should not only be legal for medical purposes, but for recreational as well. His strong stance on the “War on Drugs” is also what makes him a strong supporter of marijuana, declaring that states that have legalized weed have seen declines in opioid and heroin usage.

Etheridge has always been a proponent of marijuana, but it was her battle with breast cancer 12 years ago that made her a legalized marijuana advocate for the ages. She is so involved in the movement that she has launched her own namesake brand of marijuana and marijuana-related items, Etheridge Farms.

In an interview with Forbes magazine, she says “I realized 12 years ago when I went through breast cancer and used cannabis to relieve the collateral damage of the crazy chemo that I was on, that cannabis really needed to be taken seriously as a medicine as it was 70 years ago. It was on all of our pharmacy shelves 70 years ago. It’s just a shame that Prohibition has kept it from people who could really use it as medicine.”

And though many with cancer also use medical marijuana for relief, Etheridge believes the medicinal advantages of the drug go beyond that. She says, “I believe anybody who smokes cannabis is using it medicinally, whether they consider it so or not, if it’s my means of relaxing and unplugging and de-stressing at the end of the day, who’s to say that’s not good medicine?”

Has your favorite celebrity helped to change your views on the legalization of marijuana? We at @MMDOTCOM would love to know!