With medical marijuana’s growing legalization, more and more tests are being done to figure out just what properties it has. This week, the University of California came out with an odd warning. When studying people with weakened immune systems, they discovered that they are at a greater risk of infection of fungi and bacteria found in medical marijuana.

How was this discovered? Well the head doctor of the study had been working with patients with depleted immune systems. While examining them, he noticed that those who had been prescribed medical marijuana to treat some of their pain relief often wound up with fungal infections.

The cause? The marijuana itself. Because it’s a natural product, it can contain bacteria and fungi that a user might not know about, and because it’s only just growing in legalization, the methods to weed it out (no pun intended) might not be sophisticated enough. And that’s most likely the case, seeing as how the doctor tested samples from 20 different dispensaries and found they all had fungi or bacteria.

Does this mean you should reconsider medical marijuana? No. In people with healthy immune systems, these are basically harmless. But for people undergoing immune weakening treatments such as chemotherapy, or anything that requires immunosuppressants, medical marijuana may not be the best treatment for their pain symptoms.

So bottom line, as with any medication, ask your doctor about potential side-effects before starting medical marijuana, and possibly investigate other options if you have a weakened immune system. 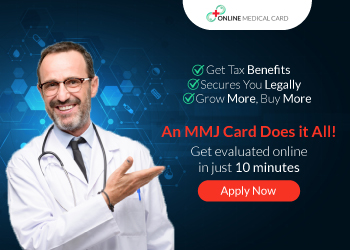