American marijuana growers could beat this war on drugs

American marijuana growers could beat this war on drugs 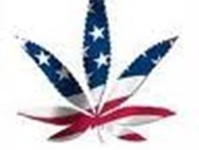 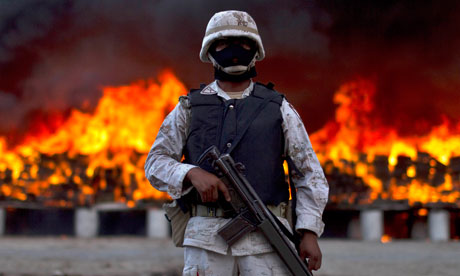 The gruesome concomitants of the war on drugs were on display yet again last week in Mexico, where gangs continue to terrorise the public with impunity. The decapitated body of a crime-awareness blogger was found in Nuevo Laredo, the third of such killings to occur in the city over the last month. A bag of rotting human heads outside an elementary school in Acapulco had a note threatening the state governor, who responded with promises of more police and security cameras.

After four decades of bloodstains and milked budgets, only one thing is certain: no matter how hard you fight, the market always wins. It is no longer tenable to describe this war on drugs as a failure. It is, as Winston Churchill once remarked, “an affront to the whole history of mankind”. Although former dignitaries have routinely come forth to denounce prohibition, the incumbents and bureaucrats who continue to wage this battle simply refuse to be swayed by data or reason. In the past few months, new fronts have opened up in Russia, Africa and south-east Asia. But nowhere is the incongruity between reality and ideology more acute than in its North American epicentre.

On 17 August William Brownfield, the assistant secretary for the US bureau of international narcotics and law enforcement affairs, showed up in Ciudad Juarez to defend America’s drug war. At a press conference, he stated: “We cannot lose, because if we lose we will say to the generations that come after us: ‘You are condemned to live in a disgusting and repulsive world.’ And that’s a conversation I do not want to have with my children or grandchildren in years to come.” Such a comment, so clearly dismissive of those Mexicans who are already condemned to the hell that Brownfield alludes to, is indicative of the technological determinism that informs the logic of drug warriors. The idea being that eventually the technology of surveillance will become effective enough to end this war of attrition and enforce global control on the production and distribution of narcotics.

Many assumed that this brand of thought would be curbed when Barack Obama came to power, but the president has proved an invaluable asset to America’s narco-industrial complex. Though Obama campaigned on a promise to “fix the problem with medical marijuana” and called for an end to dispensary raids in 2009, those promises have gone the way of Guantánamo Bay. Under his watch, federal authorities have vigorously persecuted medical marijuana suppliers, with raids occurring constantly throughout the country. This week, in a crude turn of events, it was revealed that the Obama administration was directly involved in selling thousands of automatic weapons to cartel members, some of which have been used in the murders of Mexican officials.

If one considers that “the world’s largest undefended border” between Canada and the US is now monitored by surveillance drones searching for pot smugglers, it seems like a gloomy inevitability that military force will eventually triumph. But the same technological determinism that deemed those drones a necessity also works in favour of the drug trade.

In Canada, the Tory government is scrambling to pass an unpopular bill that will see marijuana growers receive tougher sentences than those convicted of raping children. This plan to crack down on growers is pure politically clownery. With a minimum of 30,000 grow-ops in British Columbia alone, Canada has been effectively “overgrown”: the level of marijuana production is so high that the justice system has an imperceptible effect on the industry. Out of the minority of growers who are discovered by police, only about 30% are arrested, meaning that a maximum of 0.5% of those involved in cultivation face jail time.

The single most crucial element of the sustainability of the drug war is the US trade deficit. Unlike Canada, the US produces fewer drugs than it consumes. The resultant cross-border traffic provides the rationale for the US to impose its policies on any country that supplies the drugs that the American consumer demands. But the current state of the American economy may change this. Unemployment rates in the US are now nearing the same level that British Columbia experienced in the late 1980s; a climate that precipitated the marijuana production boom that continues to this day.

If industrious Americans were to saturate their landscape with clandestine grow-operations, it would substantially damage the profitability of the cartels, which draw somewhere in between 25% to 60% of their profit from marijuana. This would eliminate much of the US government’s motivation to interfere in the narcotics policies of foreign countries, while forcing the issue of legalisation at home.

For those who would prefer a future with less drones, take comfort in the fact that the market is trending towards this possibility: Americans are growing more pot than ever. If this continues, the decisive battle in the war on drugs will be waged in the backyards, basements, and national parks of America. It will see stealth agriculture pitted against stealth surveillance – the outcome of which will depend on whether or not American ingenuity can defeat its own government’s military supremacy.